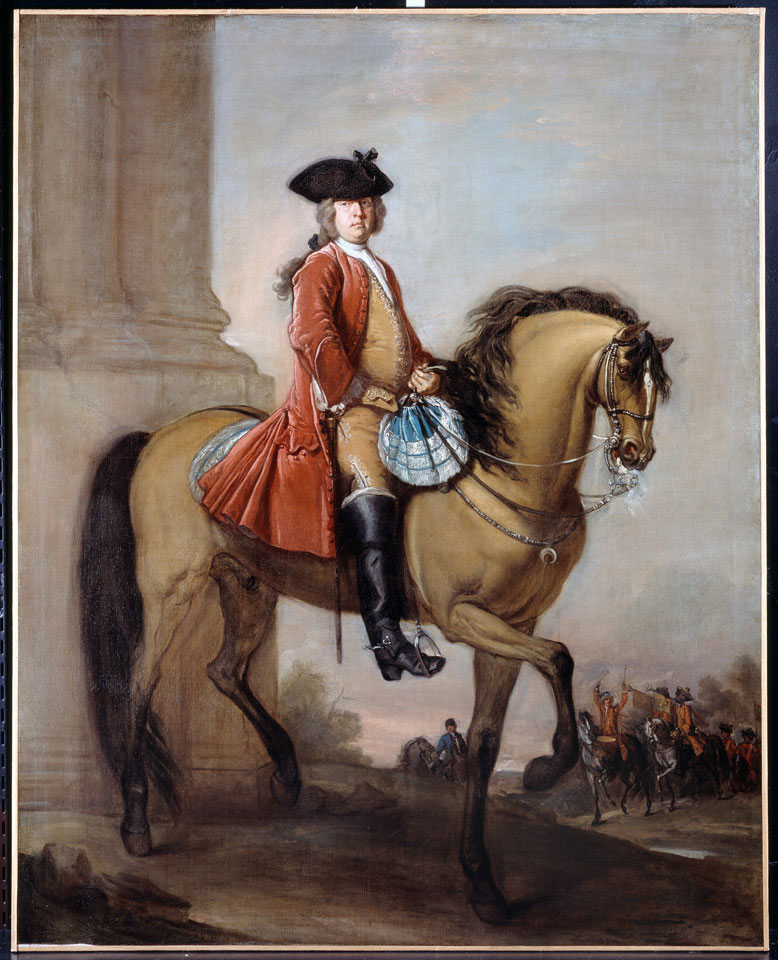 The son of John Gifford of Salisbury, Richard Gifford was granted a commission as sub-brigadier and eldest cornet in the 4th Troop of Horse Guards on 7 April 1710. The regiment had been created by King James II in September 1686 to strengthen the Roman Catholic element of his Army but, under his Protestant successors, William III and Mary II, it had been replaced by the Dutch Troop of Guards. It was revived in 1709 during the reign of Queen Anne, and finally disbanded in 1746, together with the 3rd Troop.

Gifford was appointed regimental adjutant in 1711 and in 1716 he married Jane Carr, from Newcastle-upon-Tyne. On 20 November 1722 he was promoted to the rank of brigadier and lieutenant, which was renewed in 1727 when George II acceded to the throne. This unusual combination of ranks was contrived so as to give the officers of the 'Royal Household' regiments superiority over other army officers. Gifford's connections with the Household Cavalry are reinforced in the painting by the kettle drummer and trumpeters in the background who wear Household Cavalry state dress.

It is significant that, for his portrait, Gifford chose to wear a plain crimson velvet coat without facings or embroidery, rather than the distinctive uniform coat known to have been worn by officers from at least 1732. Officers of the King's own troops were most likely to wear clothes in the height of courtly fashion and Gifford's deep cuffs reaching almost to the elbow suggest a date of the mid-1720s. From the evidence of paintings such as this, it would seem that civilian or non-uniform clothing was worn by officers until about 1730, when military distinctions such as shoulder knots and other gold embroidery began to be introduced. The shabraque (or saddle cloth) and pistol housings are covered with a richly-decorated blue silk, resembling more the colour distinction of the Stuarts rather than the dark blue of the Hanoverian monarchs.