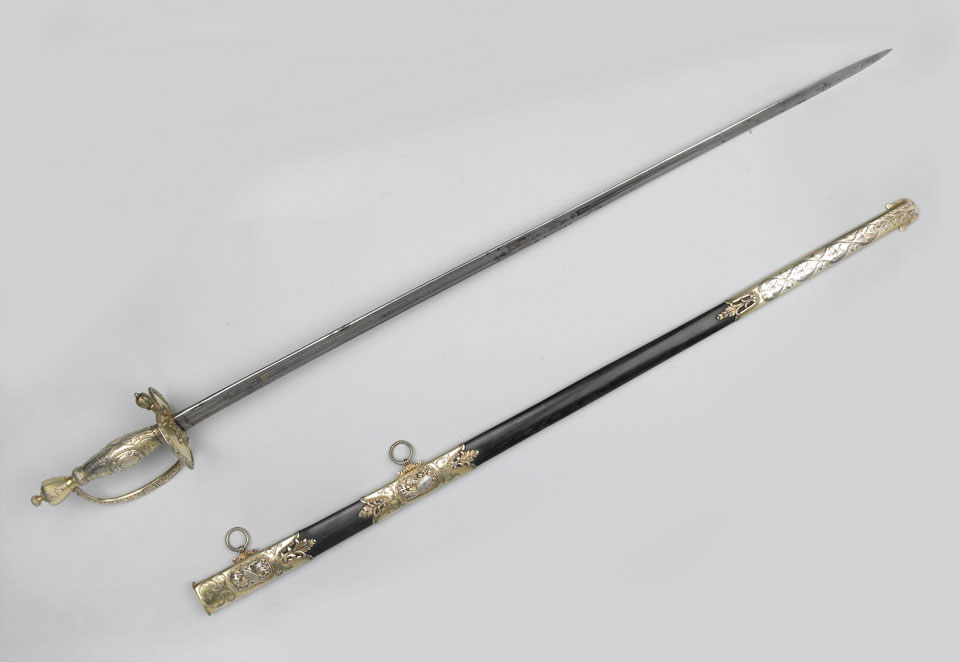 Infantry Officer's Pattern 1796 presentation sword given to Lieutenant-Colonel Richard Lloyd, commander of the Goree Island Garrison, from his officers, 1808

The silver and brass gilt hilt, with a knucklebow and shell guard, bears a crest, possibly of the Williamson family and may originate from a marriage between one Usher Philpott Williamson and Anne Lloyd, their son being Major-General Usher Williamson of the 27th Regiment of Foot. The decorator or vendor of the sword was Rundell, Bridge and Rundell.

Lieutenant-Colonel Richard Lloyd commanded the Goree Island Garrison, situated off Senegal, until 1808. His force helped protect British trade routes. Slaves were shipped to America from Goree until the abolition of that trade in 1807. After leaving Goree, Lloyd became commander of 2nd Battalion, The 84th (York and Lancaster) Regiment of Foot, and was killed at the Battle of Nivelle in France on 10 December 1813.