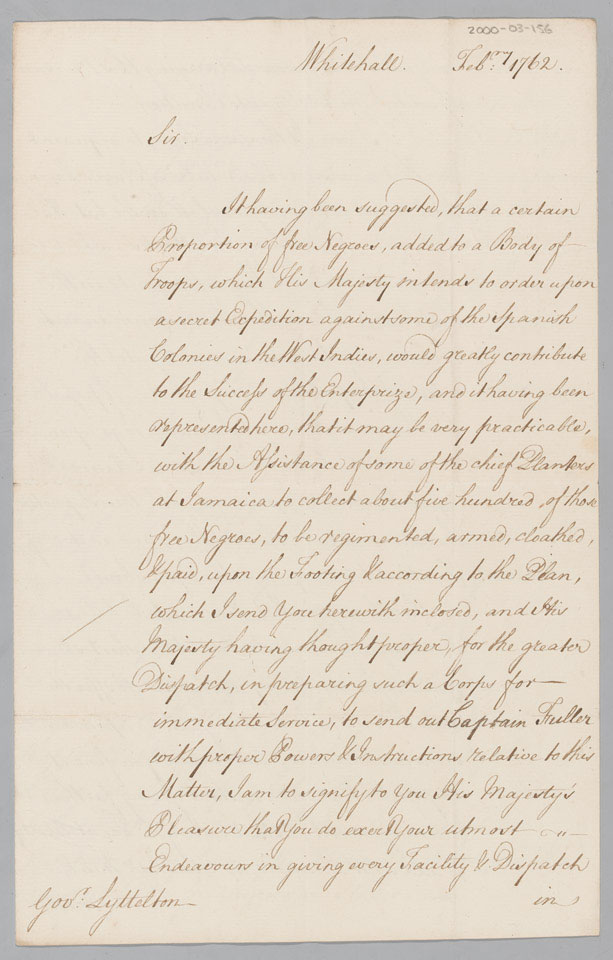 The four page letter outlines a plan to raise a regiment of 'five hundred free negroes' and 'two thousand Slaves at Jamaica' to serve in Cuba, with a separate 'Establishment proposed' for the regiment. Wyndham was Secretary of State for the Southern Department and he played an important role in the British Government's plan to launch amphibious operations against Spanish overseas possessions. In August 1762 a British naval force captured Havana in Cuba. Slaves were crucial to British military power in the Caribbean. Both the Army and the Navy owned and hired slaves as soldiers, sailors, craftsmen and general labourers undertaking domestic, barrack and dock yard duties.