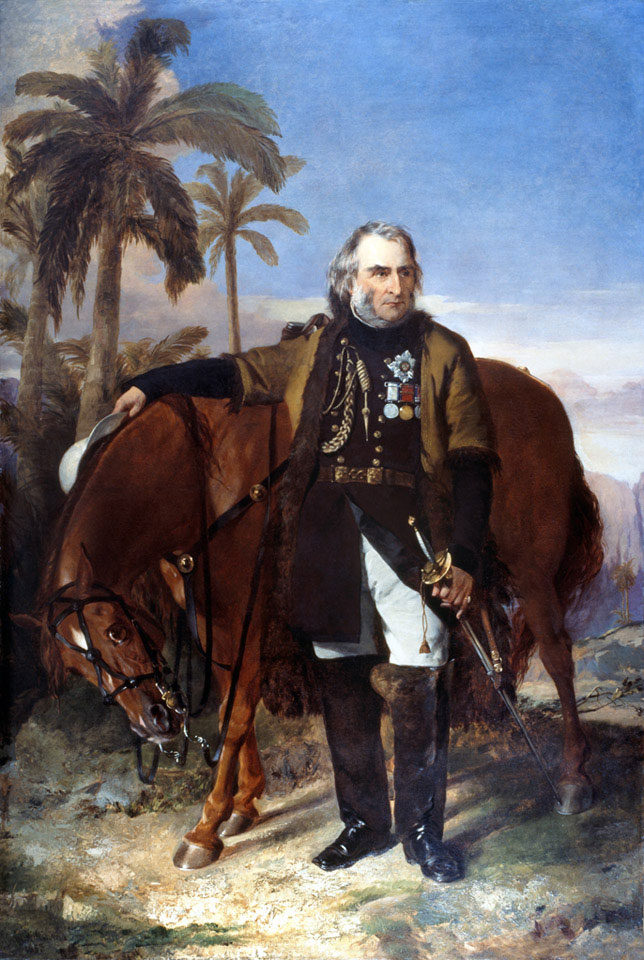 Napier depicted in an Afghan coat (poshteen) over a staff frock coat.

The eldest of four famous brothers in whom the Duke of Wellington took a great interest, Charles Napier had an exemplary military career. He is best known as the Conqueror of Sind in 1843, for which he was made a GCB. He is also remembered as a gifted administrator for his work as Resident for Cephaloniá. The marble statue of him in St Paul's Cathedral bears the inscription, 'A prescient general, a beneficent governor, a just man'. The fact that the majority of the subscribers to the statue of him in the south-west corner of Trafalgar Square were private soldiers is also testimony of his popularity in the Army.