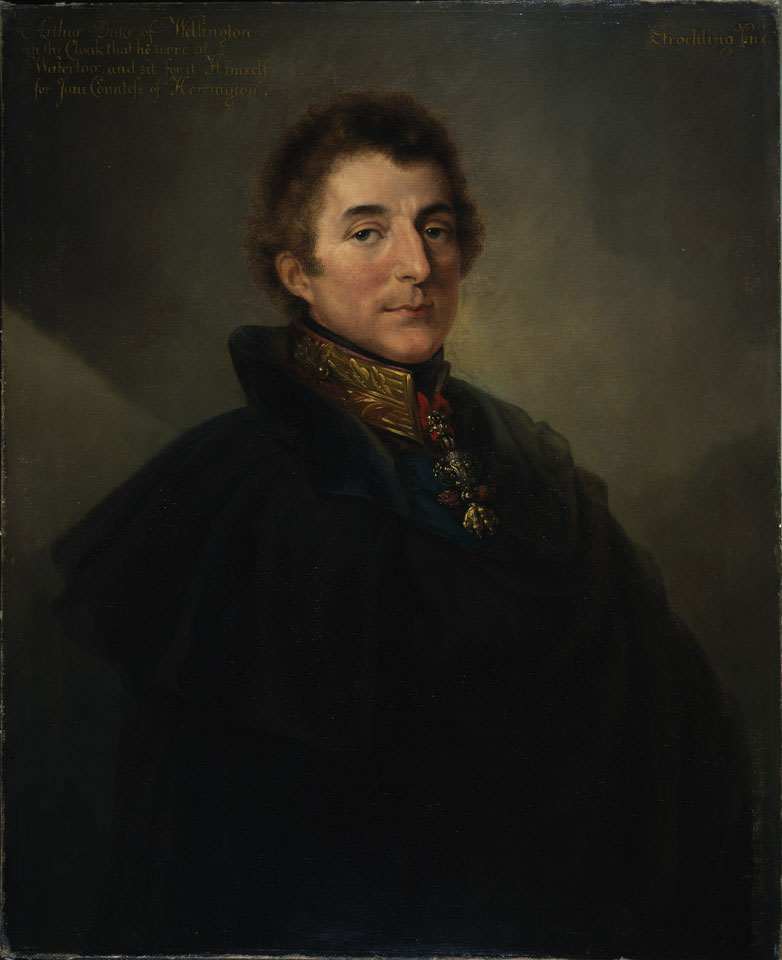 Wellington later said that, during the Battle of Waterloo, he put his cloak on and took it off about 50 times. An inscription at top left of this portrait refers to Wellesley, wearing 'the cloak he wore at Waterloo', sitting to Stroehling for Jane, Countess of Harrington.