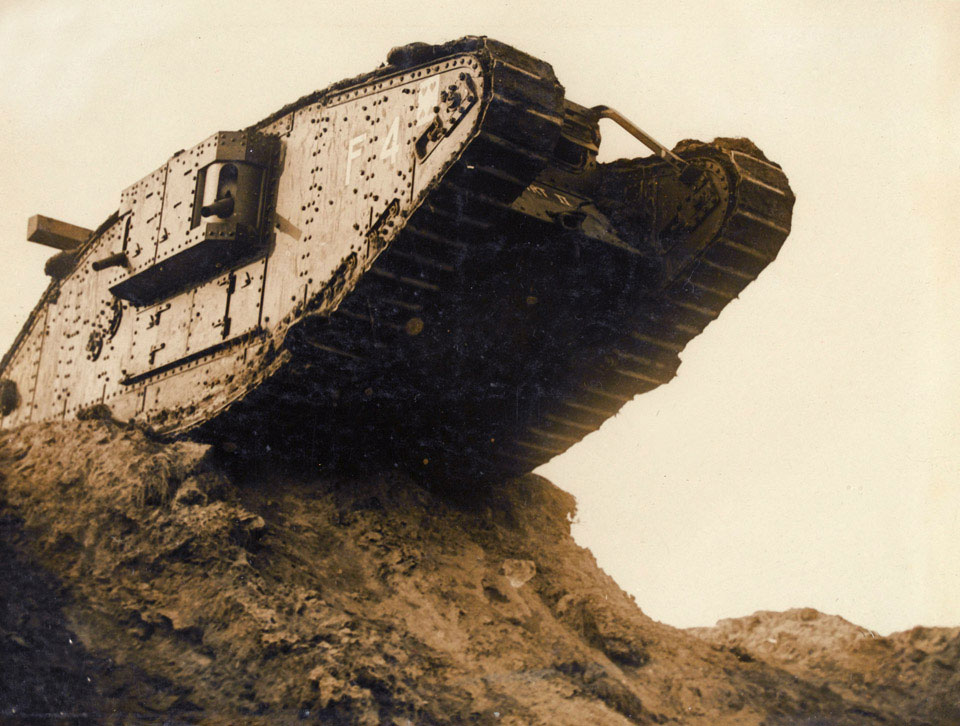 The Mark IV was an up-armoured version of the Mark I tank. To improve safety, its fuel was also stored in a single external tank located between the rear track horns. The female Mark IV was armed with six .303 Lewis machine guns and the male with two six pounder guns and four Lewis guns.