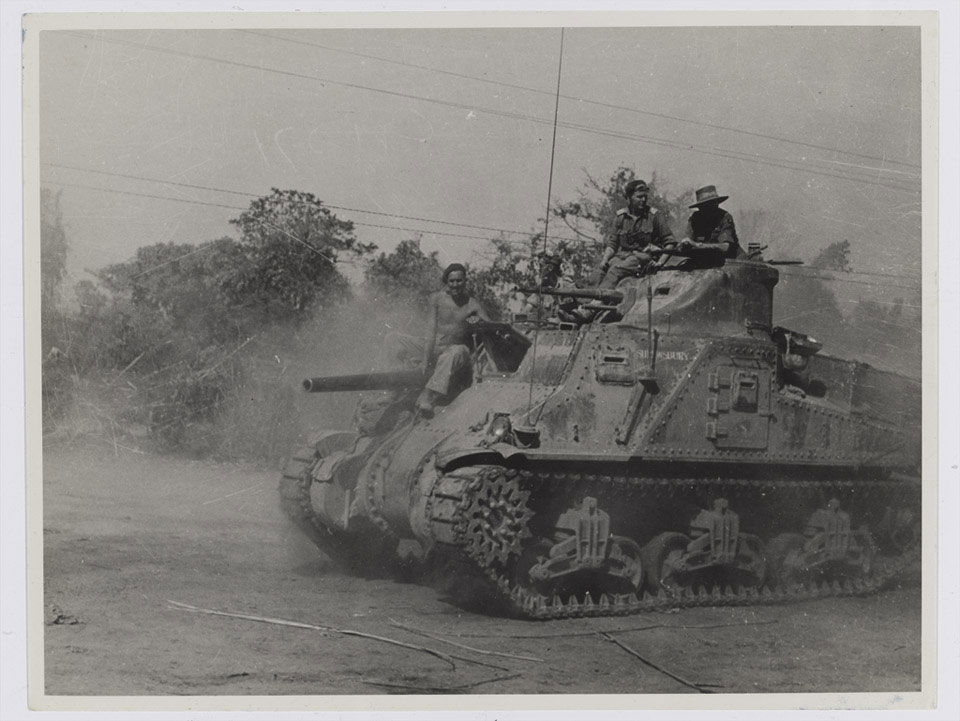 This Lee, photographed in the Ngakyedauk Pass in Burma, has been modified by the removal of the tank commander's cupola, in common with the majority of Lees used in the Far East theatre.