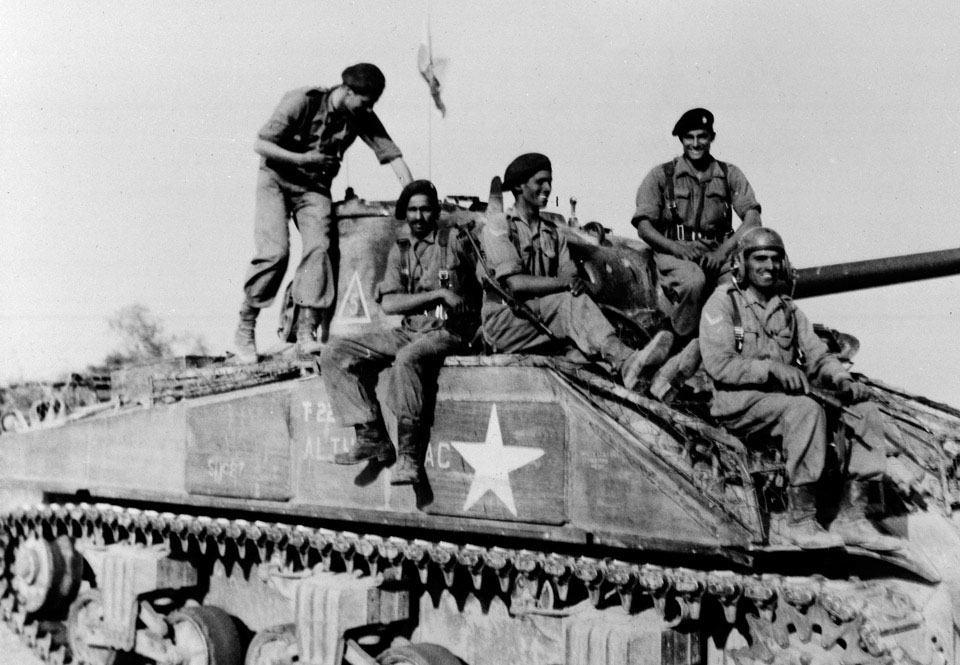 An Indian tank crew astride their Sherman tank, 1944 (c)

During World War Two the Indian Army expanded to over two million troops, the largest volunteer army in history. During the war, Indian troops served in North Africa, the Middle East, Italy and the Far East. In 1947 this volunteer Army formed the basis of the armies of the newly independent nations of India and Pakistan.