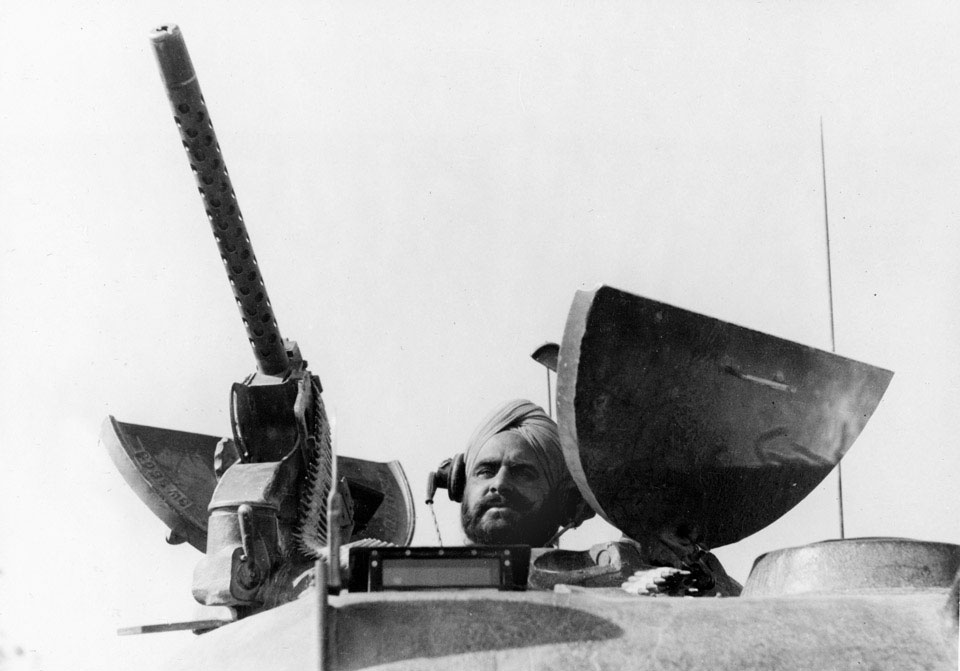 A Sikh tank commander in the turret of his vehicle, 1944 (c)

The tank is armed with a 30. calibre machine-gun for close fire support. Indian armoured units served in East Africa, the Middle East and Far East during World War Two.