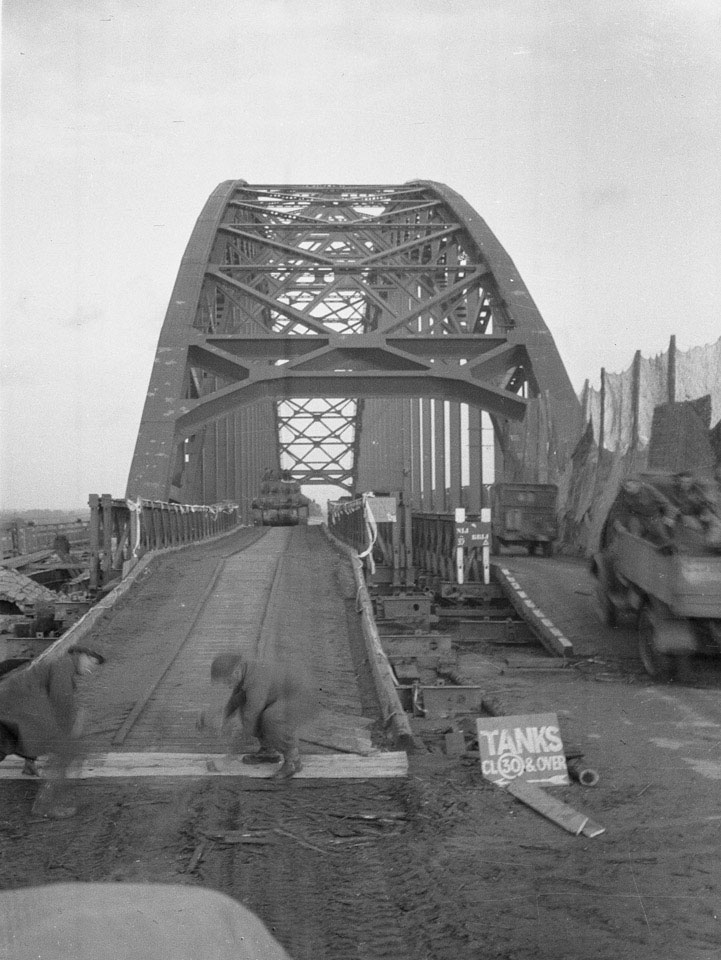 'The Nijmegen Bridge which sustained some damage from the attack made by German "Frogmen"', 1944 (c)

The bridge had been captured by American airborne forces during Operation Market Garden in September 1944 and was subjected to repeated German attacks in order to prevent 30 Corps pushing on to Arnhem. The bridge was shelled and the Germans even attempted to destroy it with bombs attached to driftwood and via a midget submarine attack.