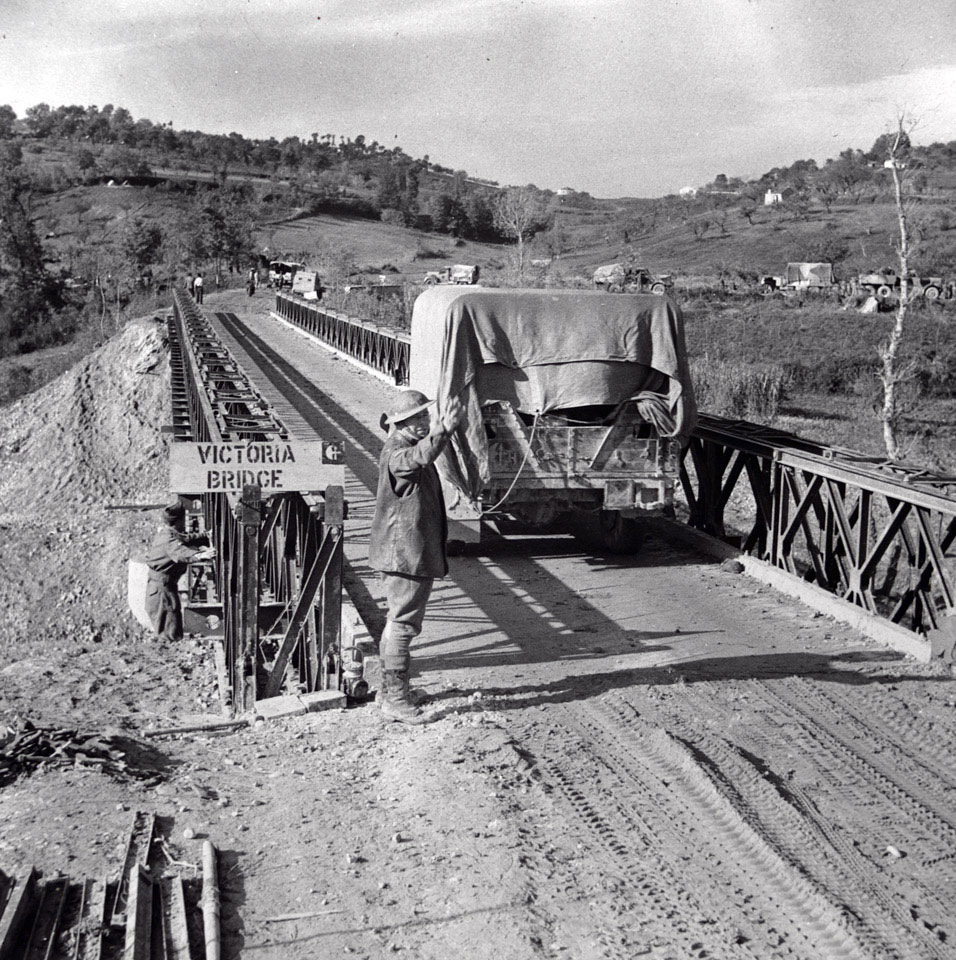 'Lance Corporal L. Miller. C.M.P 78 Division, of Gateshead, controlling the traffic over the last bridge before the Sangro river, November 1943'

The Bailey bridge depicted was named 'Victoria Bridge' and was erected over the Osento River. On the left can be seen Sapper J. Royle of 256 Field Company, Royal Engineers, at work on bridge maintenance.