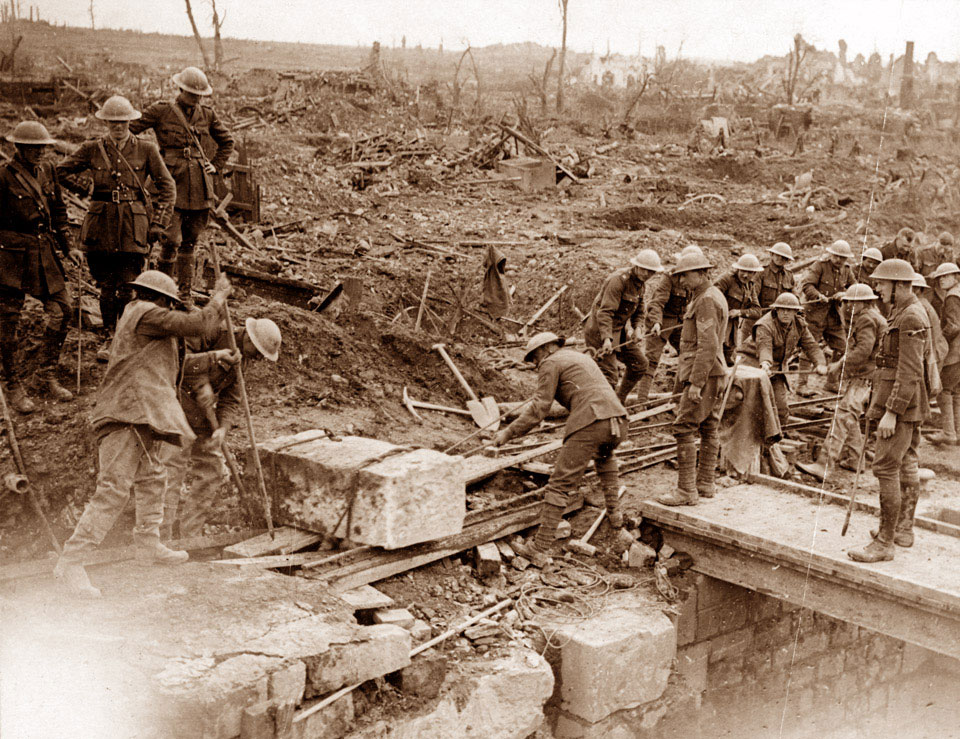 Royal Engineers repairing a bridge on the Western Front, 1918

During the 'Hundred days' (8 August to 11 November 1918), the Allies launched a series of offensives along the line which drove the Germans back. The units of the Royal Engineers played a vital role in assisting the armies advance. Their work included road and rail repairs and bridging rivers and canals.