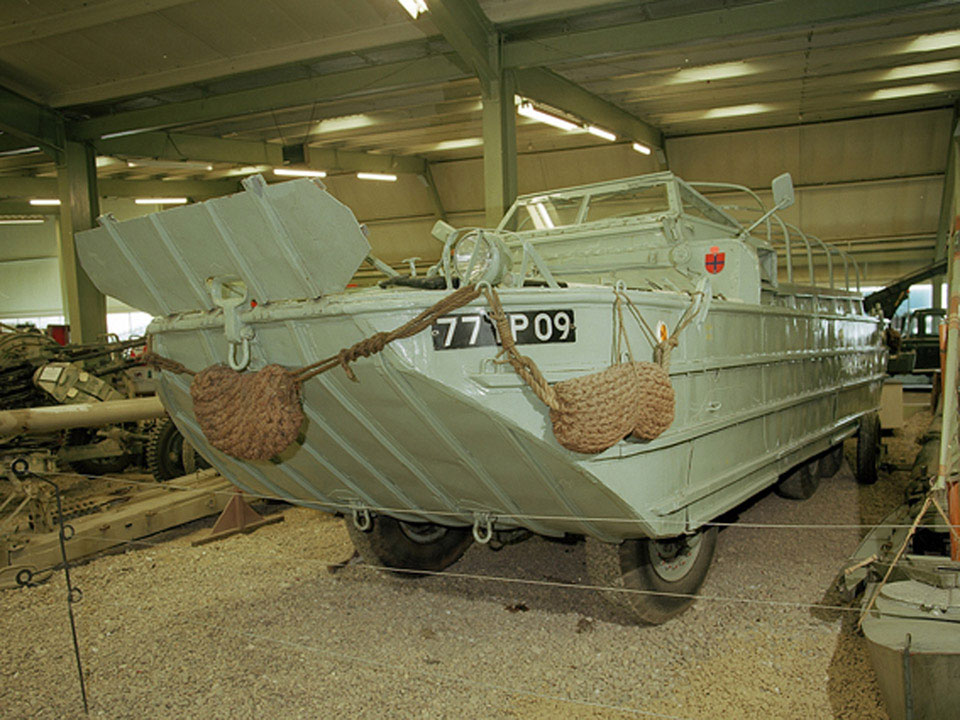 This vehicle was manufactured by General Motors Company in 1943 under contract SM2849 and was delivered to the British in June 1943. It carried wartime registration number P5576180. In 1948 this was changed to 77 YP 09. It served with 19 Amphibious Squadron, Royal Corps of Transport.

The abbreviation DUKW was the code used by General Motors for the amphibious DUKW. D stands for 1942, the first year of manufacture; U stands for amphibian; K stands for all-wheel drive; W stands for dual rear axles.

During World War Two (1939-1945) the DUKW was utilised in the invasion of Sicily in 1943 and in subsequent landings on mainland Italy. In 1944 it played a vital role in the D-Day landings when it was used as a landing craft to ferry supplies ashore.