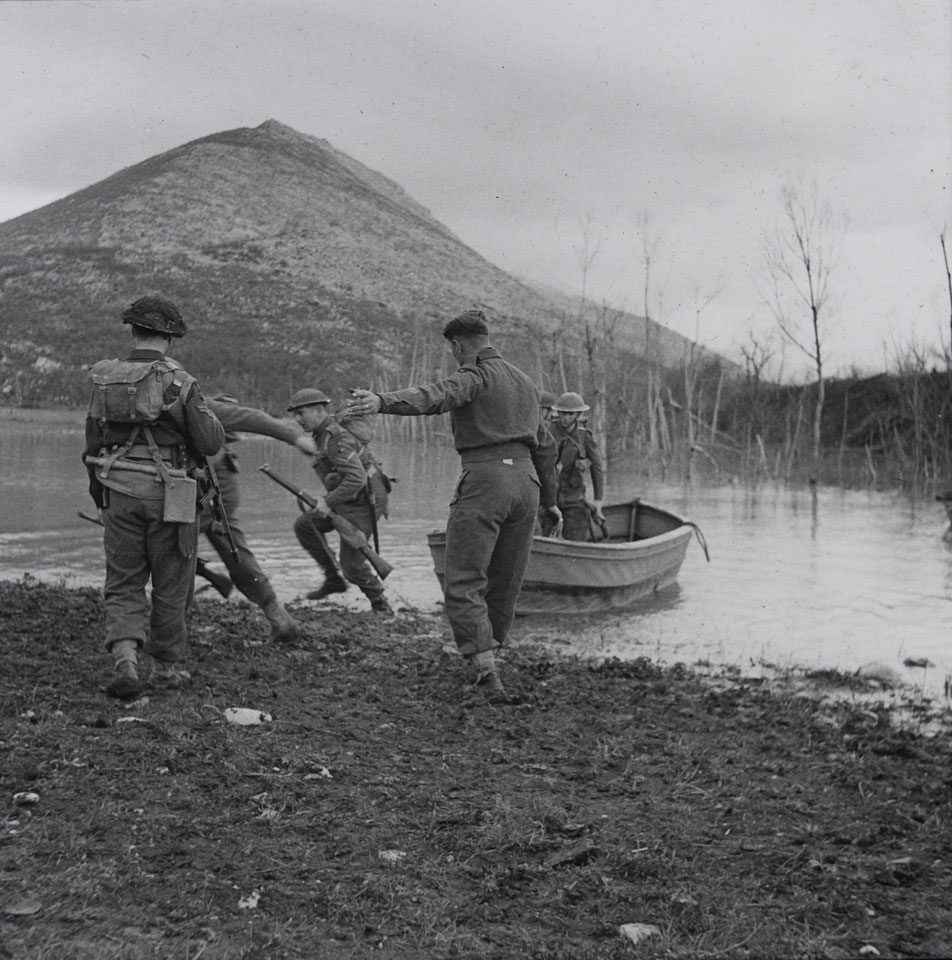 Soldiers of the 5th Battalion, The Northamptonshire Regiment, engage in amphibious training with collapsible boats during an exercise in Italy. As the Allies advanced up the Italian peninsular they had to cross several rivers so training in amphibious landings was essential.