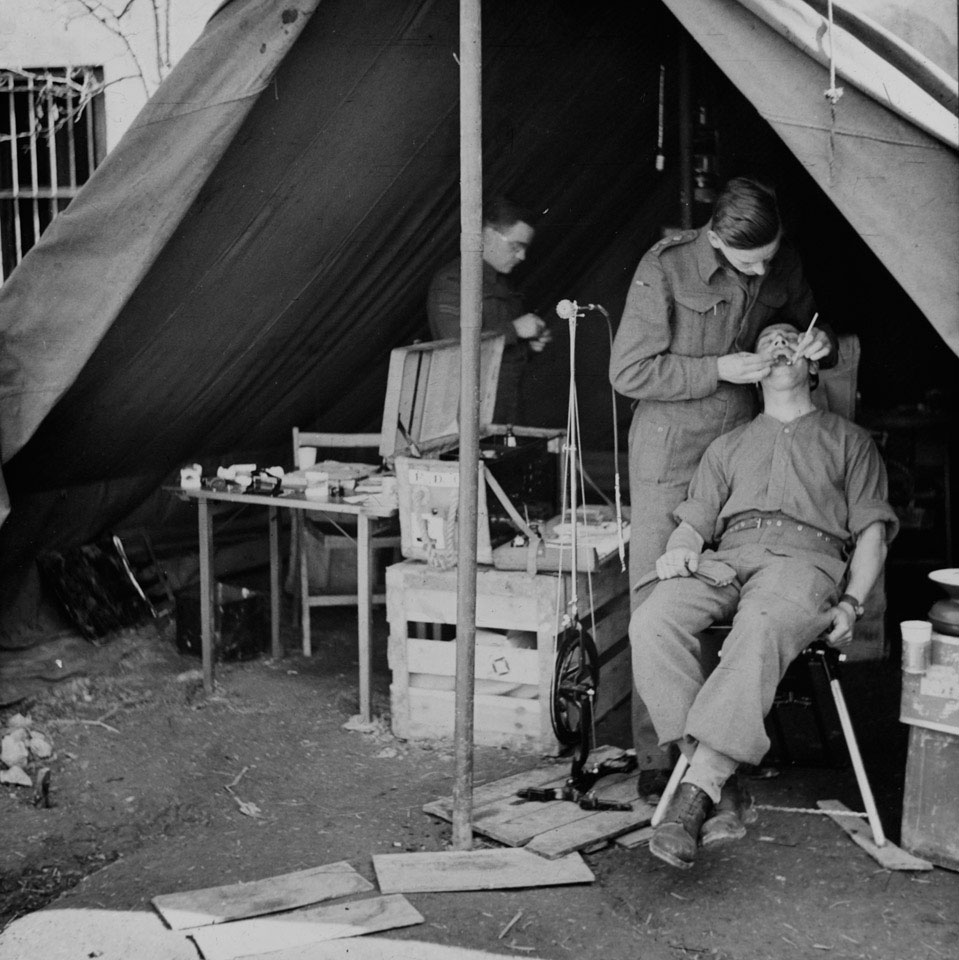 Captain Rushby practising dentistry on a patient in the front line during the First Army's advance through Tunisia, February 1943

The Army Dental Corps (ADC) was formed on 4 January 1921 when the dentists of the Royal Army Medical Corps (RAMC) were split off to form a new unit. Most ADC personnel were attached to field ambulances, casualty clearing stations or general hospitals, although some did work in mobile dental caravans. The Corps was awarded the 'Royal' prefix to become the Royal Army Dental Corps in November 1946 in recognition of its service during World War Two.