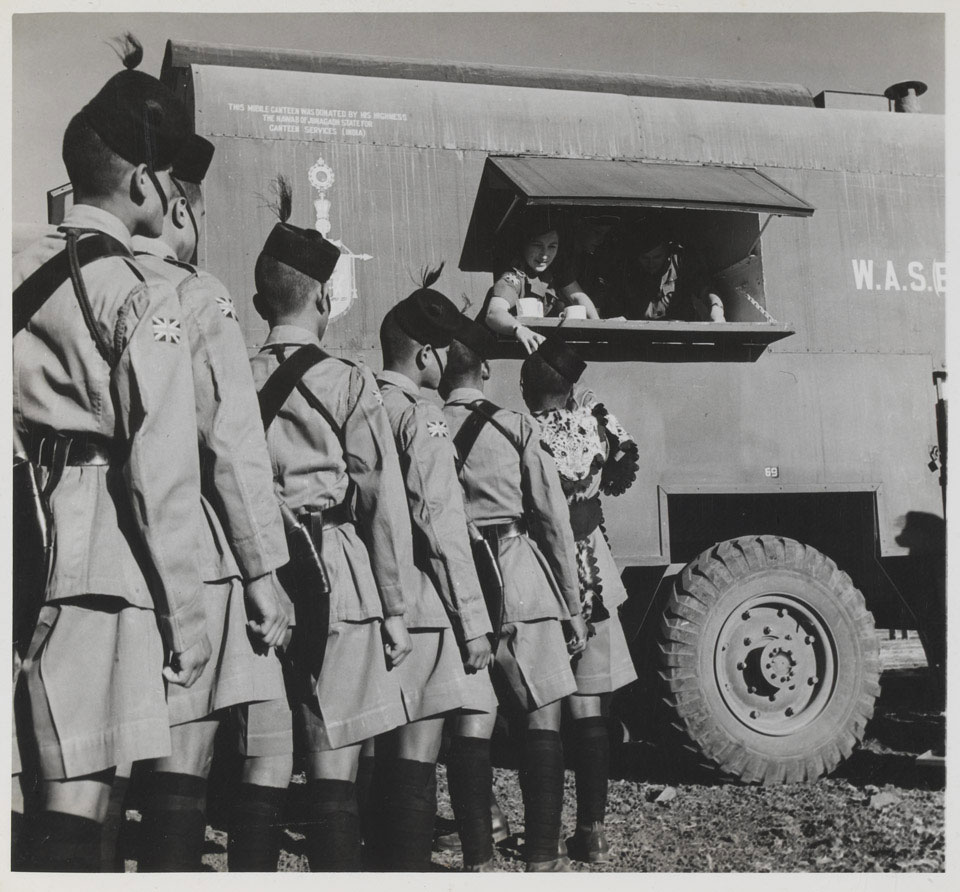 Gurkha soldiers line up for refreshments at a NAAFI (Navy, Army and Air Force Institutes) van. They were members of the Allied occupation force in Japan. Although the United States provided the vast majority of troops for the occupation, a British-Indian Division known as BRINDIV, which was composed of 5th British Infantry Brigade and 268th Indian Infantry Brigade, was an important part of the British Commonwealth Occupation Force.

One of 233 official photographs collected by Captain Roy Wiltshire in his capacity as Editor of the Indian Army Review.