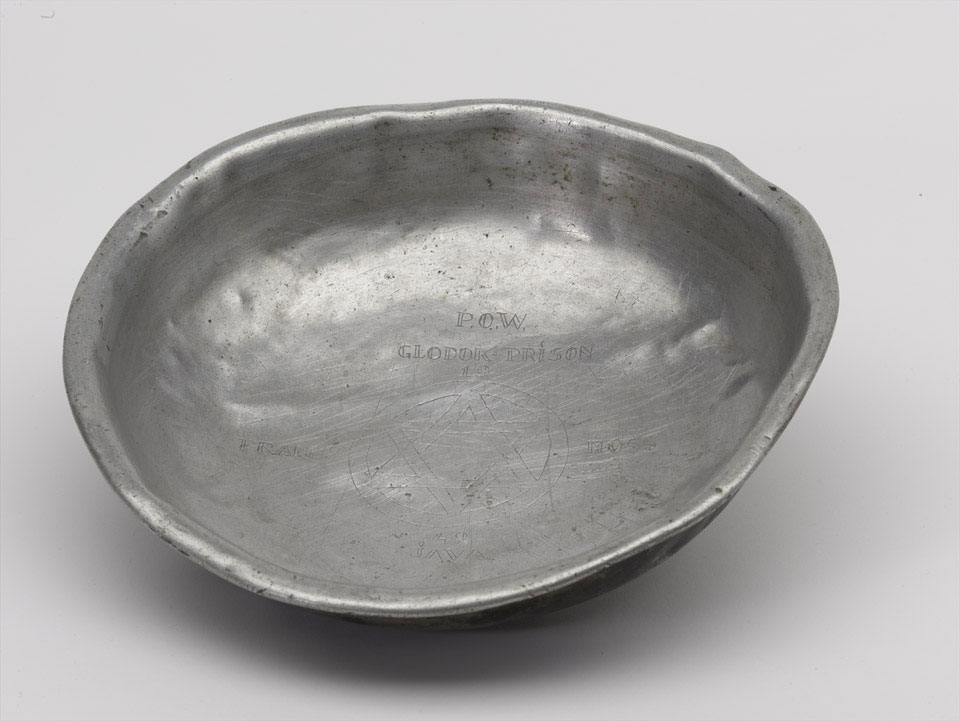 The inscription on the bowl was carved by Gunner Moss Simon while he was a prisoner of war of the Japanese at Glodok, in Jakarta. He was captured on Java in March 1942. During his captivity Simon also worked on the construction of the Thai-Burma Railway. 'FRANNY' refers to Simon's wife, and the Star of David indicates that he was Jewish. Along with Jewish colleagues he took part in the building and consecration of the synagogue at Changi Jail on Singapore.