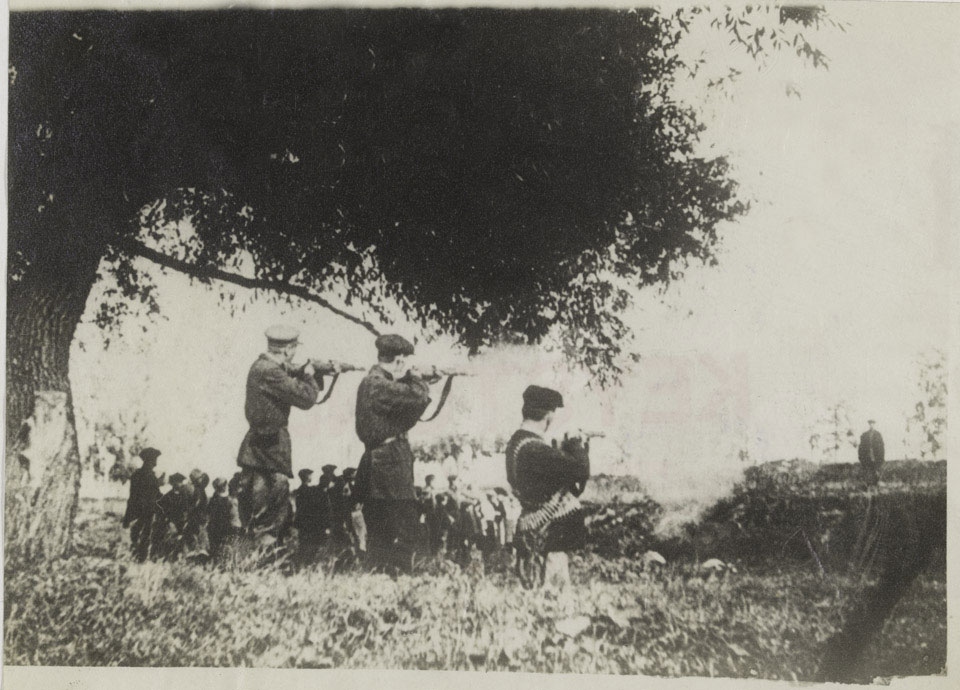 A firing squad made up of Soviet guerillas prepares to execute a Russian who had been found guilty of selling information to the Germans. The partisans had wiped out a detachment of Hungarians and Germans near the village of Orlov.

The Soviet leadership instructed partisans behind the lines to kill anyone whom they believed was disloyal. Although they targeted collaborators, some partisan groups abused their power and extracted whatever they wanted from helpless villagers who found themselves in the middle of a brutal war. The struggle witnessed German atrocities and Soviet reprisals on an enormous scale.

One of 26 British and Soviet official photographs.