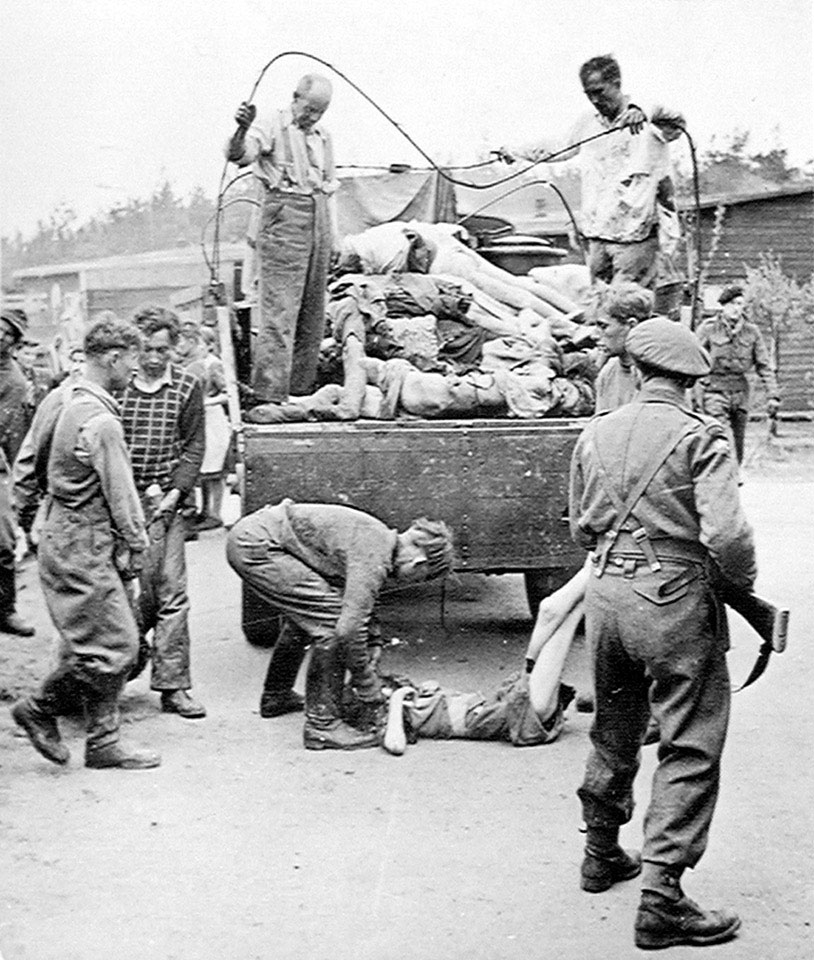 A British soldier guards SS members as they collect the dead at Belsen Concentration Camp following its liberation, April 1945

Bergen-Belsen, near Hanover in Germany, was the first concentration camp to be liberated by British troops, on 15 April 1945. When soldiers of the 2nd Army arrived they found the camp littered with dead and dying prisoners. Around 60,000 starving people, many suffering from typhus and dysentery, required immediate aid. Despite the best efforts of the medical services, hundreds died in the days after the liberation. In the weeks that followed, British troops buried 10,000 bodies in mass graves. An estimated 70,000 Jews, Slavs, political prisoners, homosexuals, Jehovah's witnesses and criminals died at Belsen.