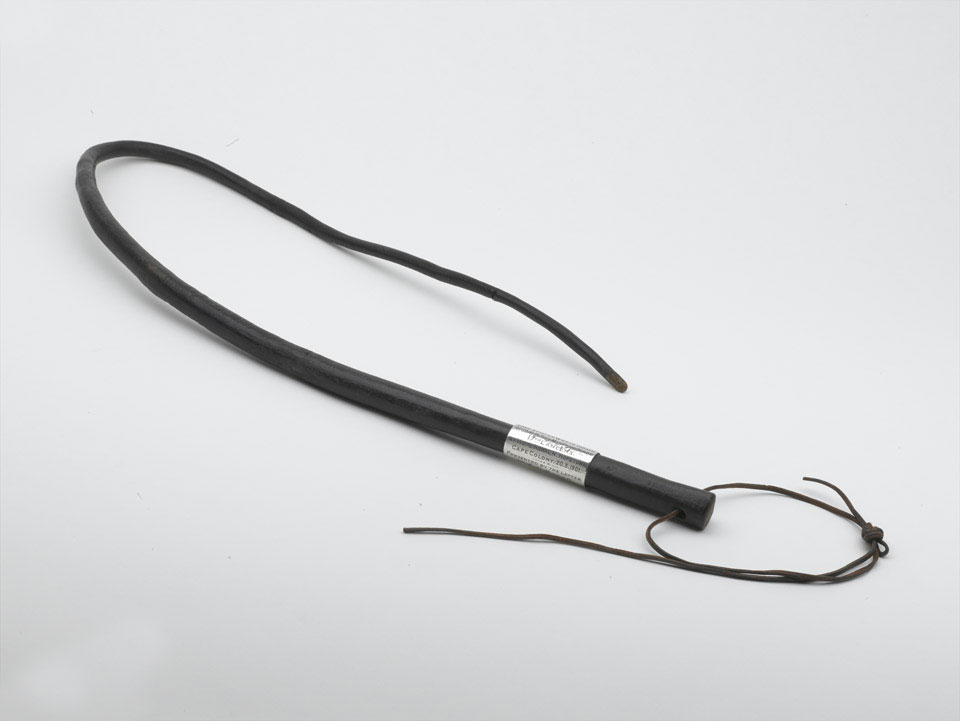 The sjambok is a traditional Afrikaans whip made of hippopotamus or rhinoceros hide. It is thought to have originally been used by cattle drivers during the Voortrekkers migration from the Cape of Good Hope in the 1830s.

The inscription on this rhinoceros tail example states that it was used by General De Wet on Sergeant Major Frank Kirby of the 17th Lancers at Hope Kraal, near Hopetown, Cape Colony, on 20 March 1901. Kirkby later presented the whip to A C Ryder on 26 July 1917.