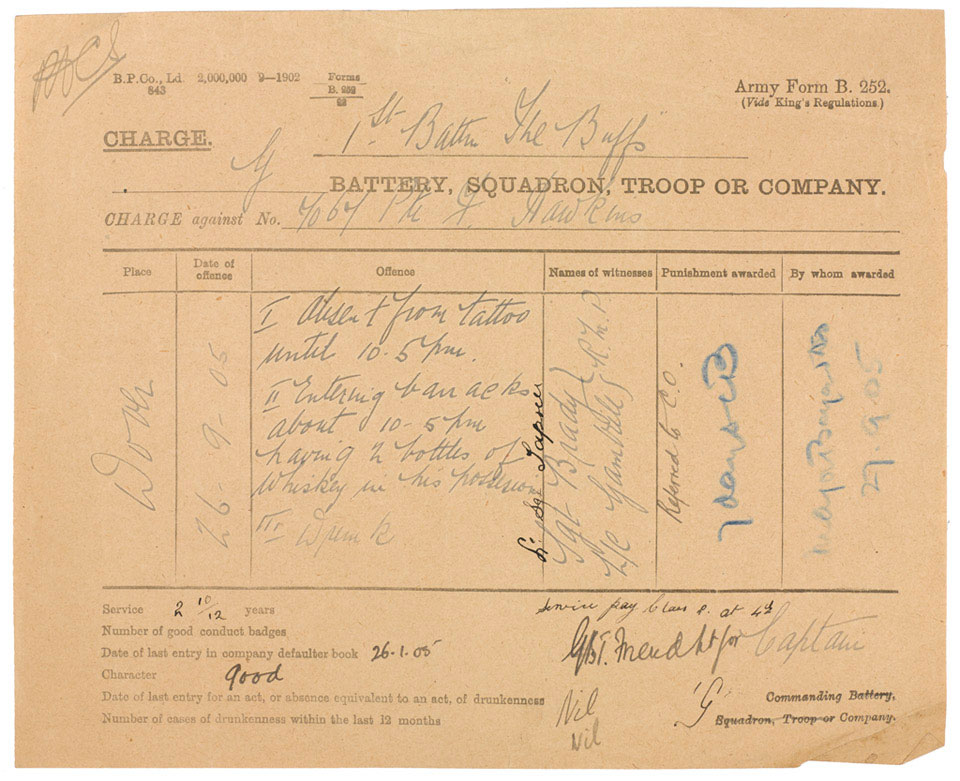 Charge sheet for Private Frank Ernest Hawkins of 1st Battalion The Buffs, for being drunk and absent from tattoo on 26 September 1905

Hawkins was called up on 5 August 1914 and served with the British Expeditionary Force until 5 December 1915, when he had completed his 12 years service plus the maximum additional 12 months that he was required to serve as Britain was at war. He was awarded the 1914 Star with rosette, and at the time of his discharge was a lance-corporal.