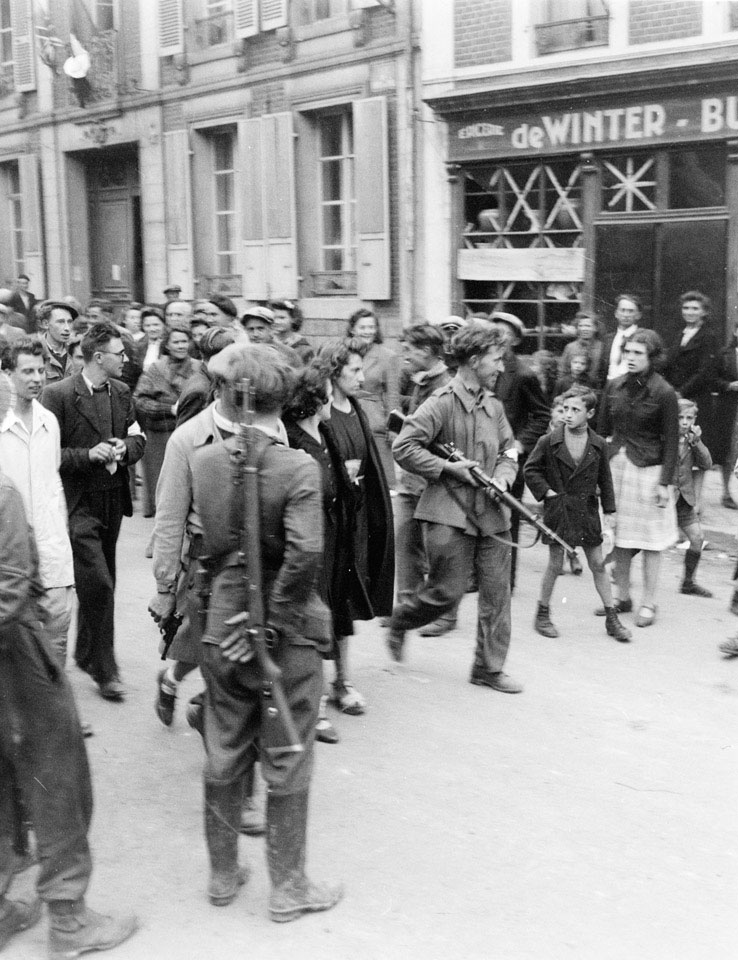 'Another collaborator after having had her hair shaved', 1944

Members of the French resistance escort two women in a street crowded with onlookers. More than 20,000 French people accused of collaborating or of having relationships with Germans had heir heads shaved in public. Nearly all those punished in this way were women. Many male collaborators were not punished at all. Recent research has suggested that most of the women accused were innocent of any sexual involvement with Germans and that the punishments were in reality a symbolic way for the population to vent its anger at the enemy and the recent occupation.