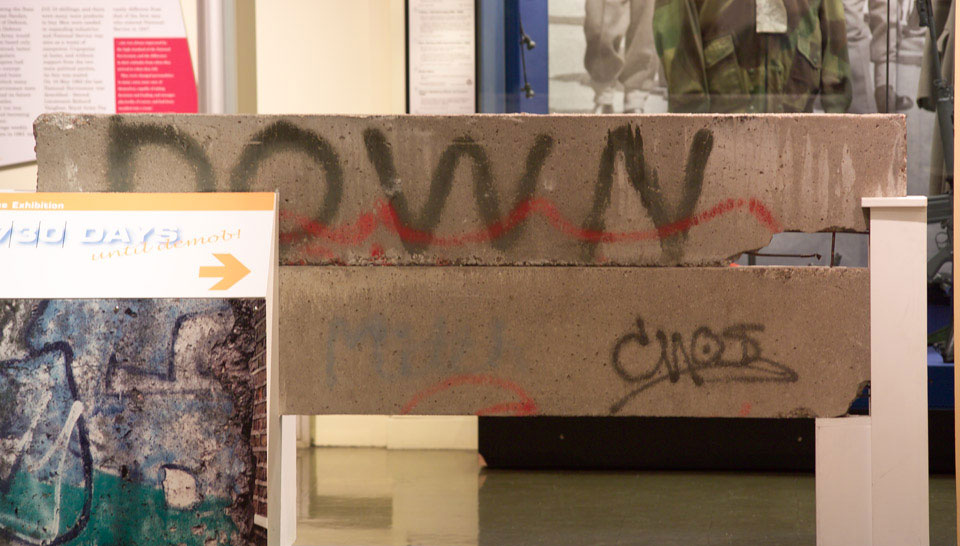 The Berlin Wall came to symbolise the Cold War (1945-90). It was put up in 1961 on the orders of East Germany's leader, Walter Ulbricht, to stop people leaving for the West. During the wall's existence there were around 5,000 successful escapes into West Berlin. Over 200 people were killed trying to make it across. East Berliners breached the wall in November 1989. The following year Germany was re-united.

These events signalled the end of the wartime allies' occupation of Germany and the Cold War itself. From 1945 until 1993 the British Army of the Rhine (BAOR) had, alongside its NATO (North Atlantic Treaty Organisation) Allies, trained and prepared in Germany for war against the Warsaw Pact countries. Many British soldiers still serve in Germany today.