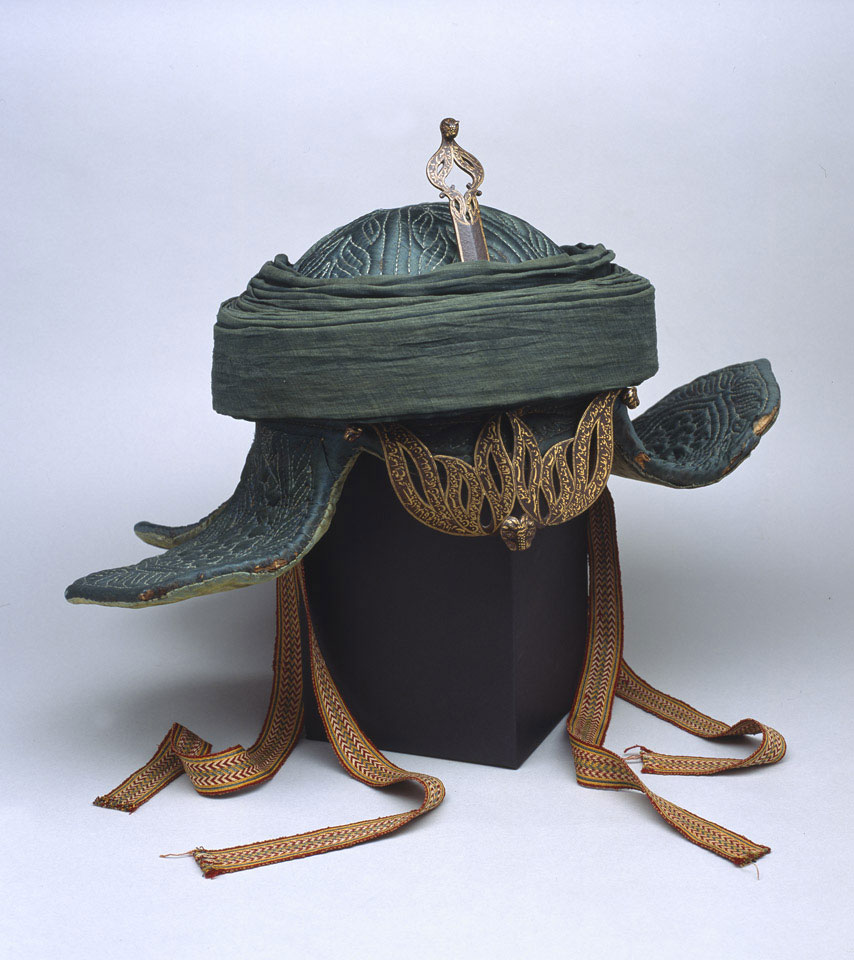 This fabric and metal helmet is inscribed with texts from the Holy Qur'an describing the virtues of Allah and the Prophet Mohammed. The guard is decorated with tiger's heads, the animal associated with Tipu Sultan, Muslim ruler of Mysore, one of the most formidable opponents of the British in India. During the late eighteenth century, Tipu, nicknamed the 'Tiger of Mysore', effectively opposed British rule in southern India. It was in campaigns like these that Arthur Wellesley, the future Duke of Wellington, said that he learnt much of his soldiering trade.

The defeat of Tipu Sultan by a joint Anglo-Indian force at Seringapatam in 1799 opened India to armed conquest. The helmet was presented as a symbolic gift to Lord Cornwallis, the first Governor-General of India.

In his day, Tipu was demonized in the British media, rather as Saddam Hussein has been in recent times.