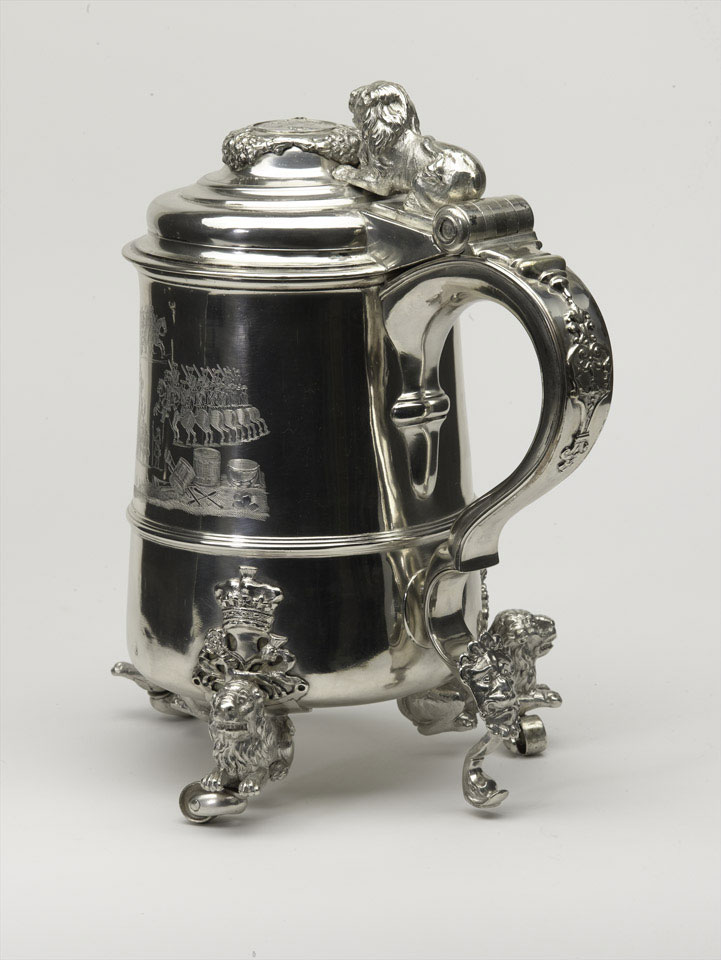 This silver tankard commemorates William Augustus, Duke of Cumberland's victory over Charles Edward Stuart, 'Bonnie Prince Charlie', grandson of the exiled King James II, and his Jacobite army at Culloden in Scotland on 16 April 1746. Culloden ended the Jacobite Rebellion of 1745-1746.

Purchased with assistance from the Art Fund (formerly the National Art Collections Fund or NACF), the Pilgrim Trust and the Society of Friends of the National Army Museum.