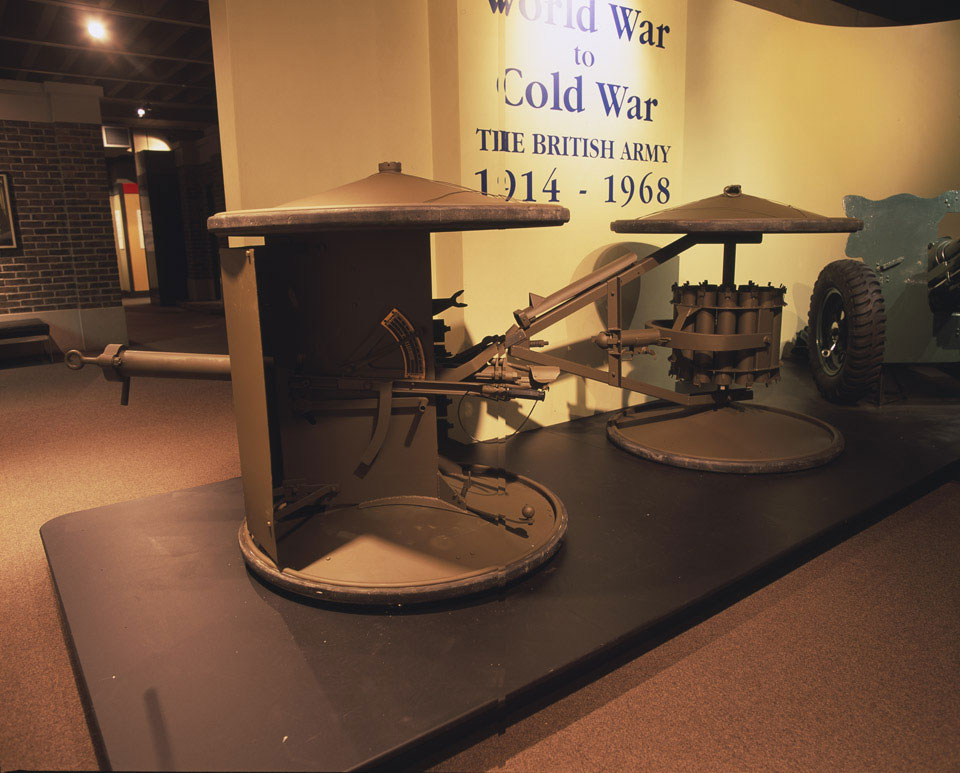 The Smith Gun was designed by the Trianco toy company at the beginning of the Second World War (1939-1945). It was one of several homemade pieces of artillery produced in Britain during the desperate days of 1940 when the threat of German invasion was at its greatest. When demonstrated to the Director of Artillery several faults were exposed and it was considered too dangerous to proceed with. By 1941 improvements had been made. Several thousand were built and issued to the Home Guard and for the defence of airfields.

It consists of two pairs of steel disc wheels, one forming the smooth bore gun, the other an ammunition limber. The weapon was light enough to tow behind a civilian car and was thus perfect for the Home Guard. Although the muzzle velocity and range were very low, it fired both a high explosive and an anti-tank round. As a weapon, the Smith Gun had little practical value, but as a symbol for the Home Guard it had a useful propaganda impact.

The Smith Gun was one of the many weird and wonderful devices used by Captain Mainwaring and the Walmington-on-Sea Home Guard of TV's 'Dad's Army'. This is one of the few remaining examples in existence anywhere in the world.