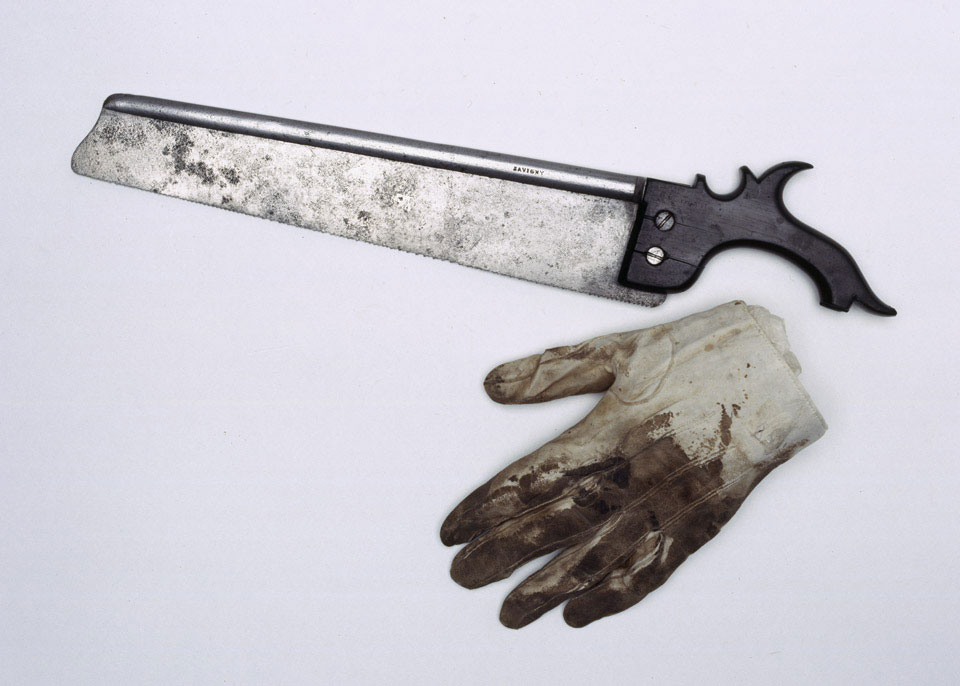 Saw used to amputate the Earl of Uxbridge's leg at Waterloo, 1815

This surgical saw was used by Surgeon James Powell, of the Ordnance Medical Department, at the Battle of Waterloo in 1815 to amputate the leg of Lieutenant General Henry Paget, Earl of Uxbridge. Amputation, without anaesthetic, was often the only hope for soldiers who suffered badly damaged bones. It could prevent disease setting in and in many cases resulted in a rapid recovery.

The wounded soldier had a leather tourniquet tied about eight centimetres (three inches) above the place where the cutting would be done. A knife was then used to slice down to the bone, arteries pinned out of the way and then the surgeon would begin his work with the bone saw. The arteries were then sewn up and linen bandages were applied. The medical equipment used by Napoleonic surgeons was not impressive and each carried, usually in a travelling box, knives, saws, scalpels, tourniquets and forceps, with strops to sharpen the instruments. He also carried dressings, sutures and needles, and crude drugs, many of which were ineffective. Uxbridge remained composed throughout the operation, which took place at a farmhouse, and once remarked that he did not think the saw was very sharp! It is said that some years later Uxbridge later revisited the place with two of his sons, found the table on which the operation had taken place, and ate dinner off it.