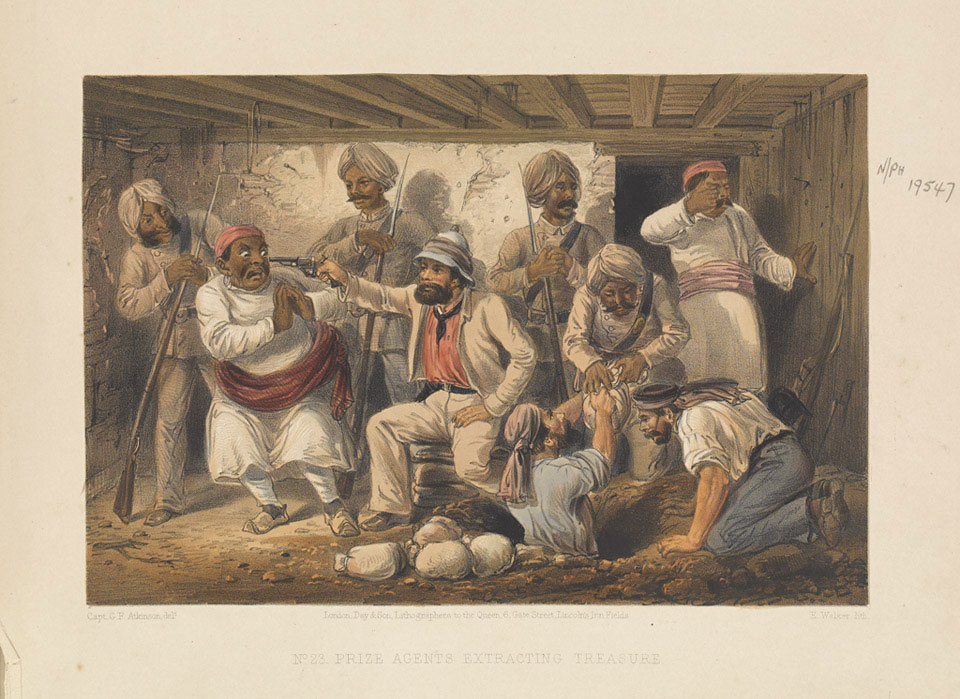 Despite strict orders against individual looting, many of Delhi's treasures filled the pockets of the troops who captured the city during the Indian Mutiny (1857-1859). The loot was supposed to have been handed over to official prize agents who would then auction it and divide the proceeds. As this print depicts, the agents and their soldiers had few scruples when it came to how they gathered the loot. Contemporaries estimated the auctioned Delhi treasure to be worth over half a million pounds.