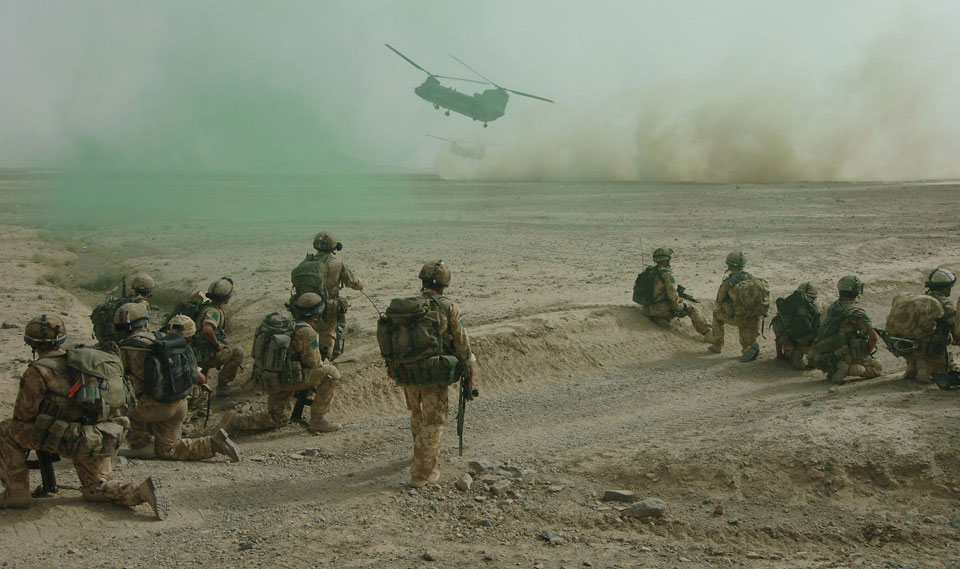 A Chinook helicopter coming in to the Landing Zone at Now Zad to pick up troops from Helmand Task Force, 30 July 2006

The troops hit the ground at first light on 30 July having flown in on CH 47 (Chinook) helicopters and were met by D Squadron HCR and other support elements. B and C Company marched straight into Now Zad town knowing it was a Taleban stronghold with many others in the area which could be called upon for assistance.

The HTF wanted to capture a strong hold in Now Zad and therefore bring security and stability to the area which had turned into a ghost town. This would show the local population that coalition forces were there to stay and that Taleban rule would not return.