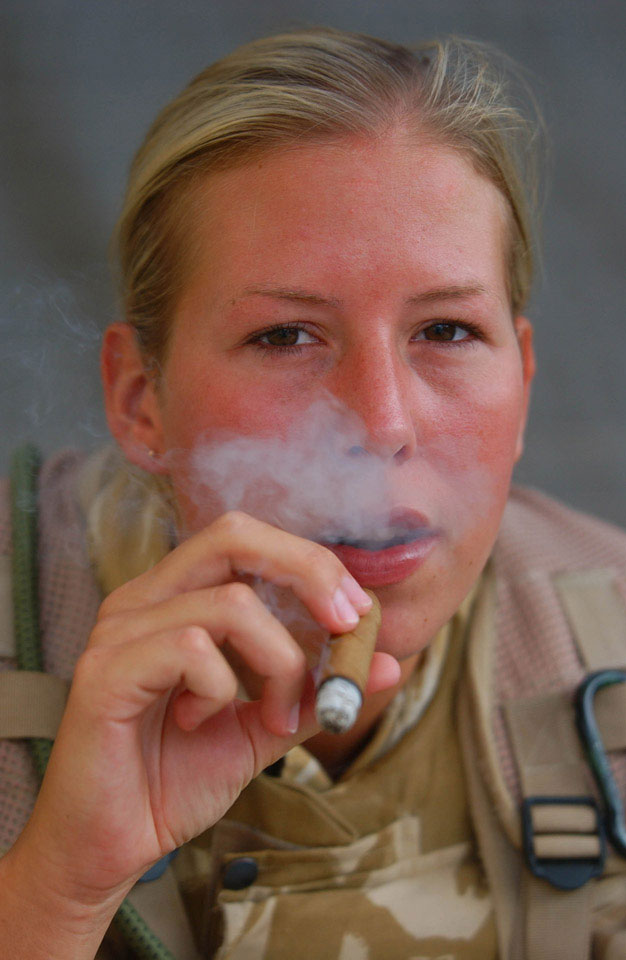 According to the photographer Bedford 'posed with the cigar to portray a male act being carried out by a female soldier, in a mans world!' The image was taken on Operation HERRICK IV. Bedford and her colleagues were helping the Afghans build strong governmental institutions, improve security and create jobs. The majority of the British task force was from 16 Air Assault Brigade.