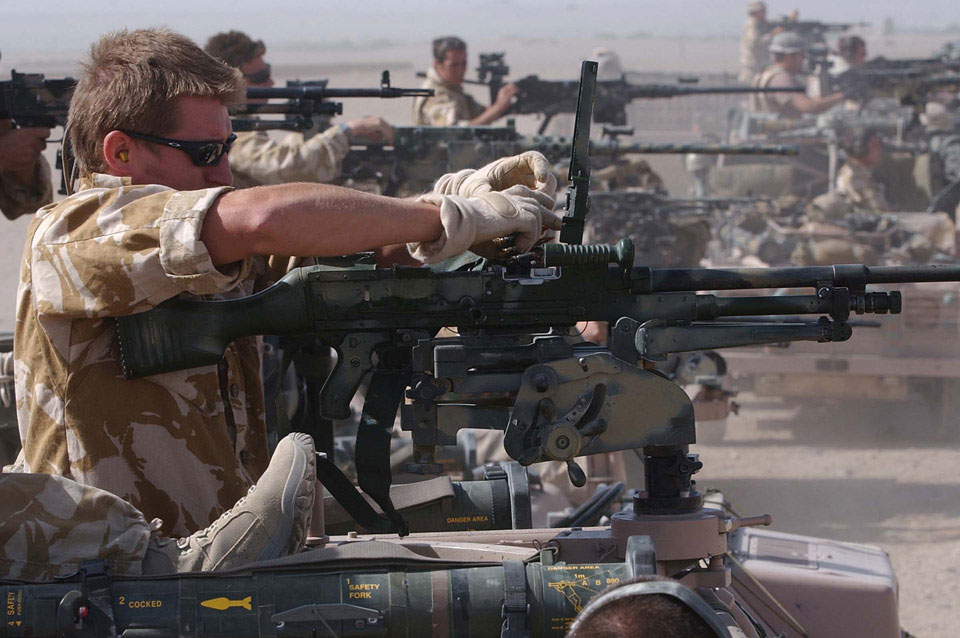 A member of The Parachute Regiment's Pathfinder Platoon prepares his weapon on a firing range at Gereshk, Helmand Province, Afghanistan, 2006