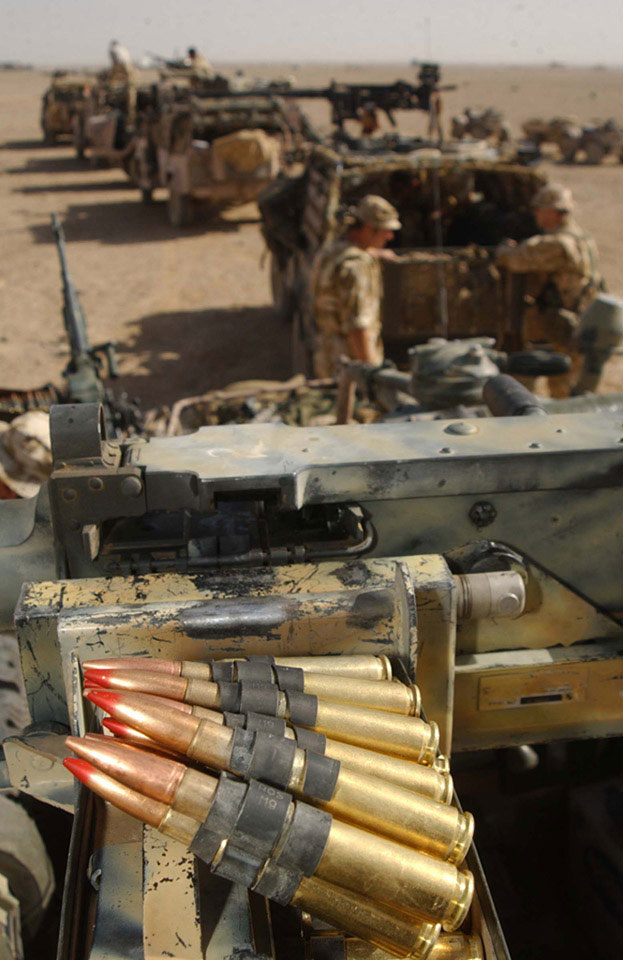 Ammunition for a Browning .50 Cal machine gun on a vehicle mount; The Parachute Regiment's Pathfinder Platoon on a firing range at Gereshk, Helmand Province, Afghanistan, 2006

Pinzgauer support vehicles and Weapons Mounted Installation Kit (WMIK) Land Rovers equipped with Browning 50 calibre machine guns and General Purpose Machine Guns form a firing line. The red-tipped rounds are tracer ammunition. These have a small pyrotechnic charge in their base which is ignited upon firing. They burn brightly and allow the shooter to follow the bullets trajectory relative to the target in order to make corrections to his aim.