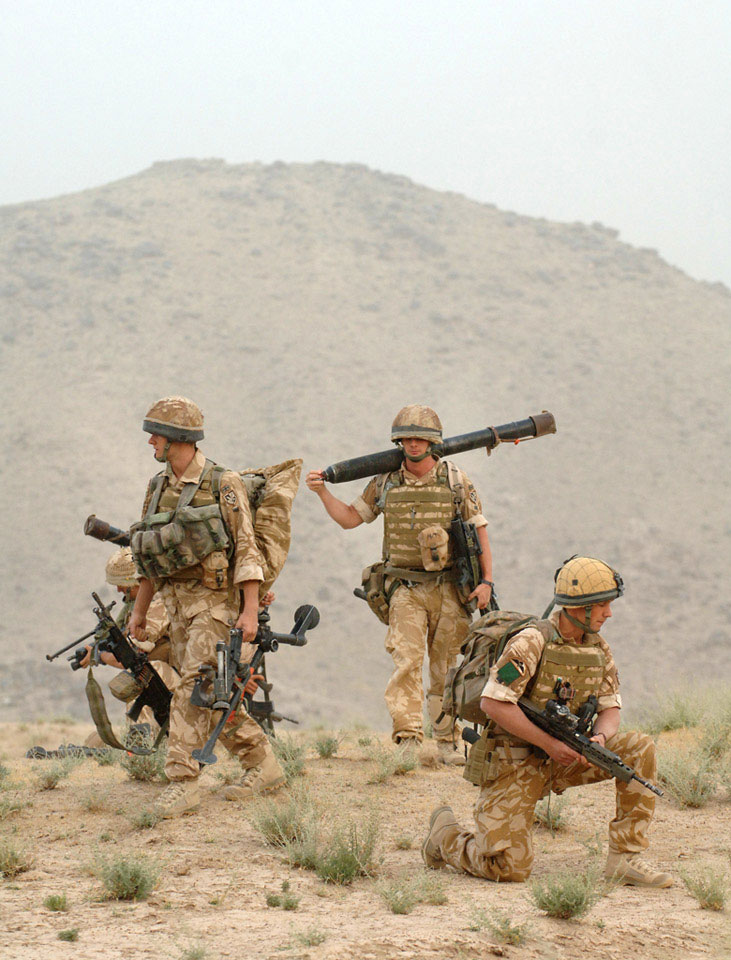 These soldiers are carrying equipment including two 81 mm mortar tubes and a base plate. The mortars, which can fire high explosive, smoke or illumination rounds provide infantry and airborne forces with much-needed support, with a maximum range of 5,650 metres.

In 2008 elements of 16 Air Assault Brigade, including the 3rd Battalion The Parachute Regiment, were deployed to the mountainous province of Zabul, near the border with Pakistan. The proximity of the border with Pakistan made the area an ideal location for Taleban forces to rest and recuperate. British forces were tasked with securing a supply route and confronting any insurgents in the area.