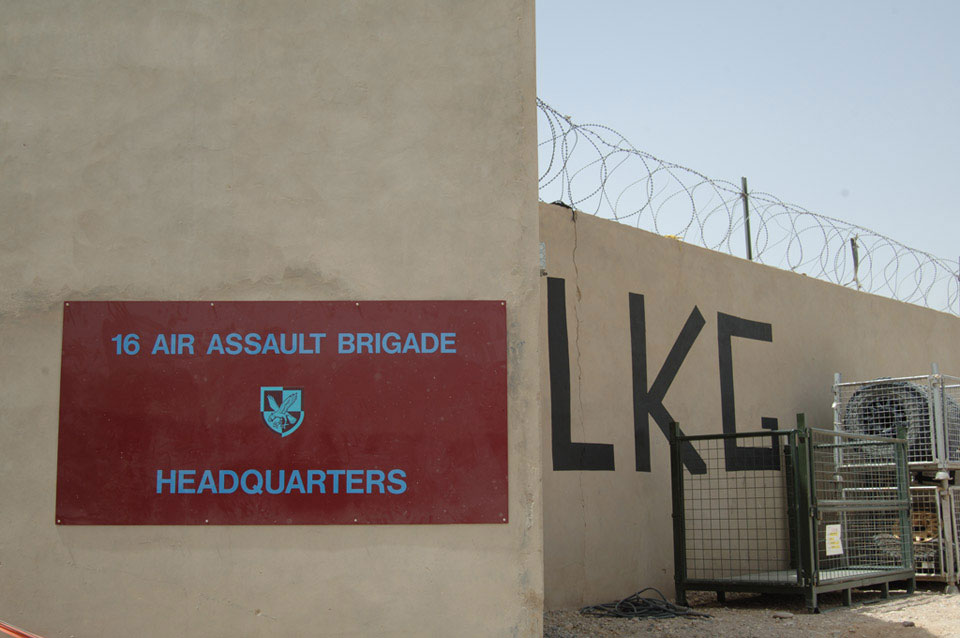 Lashkar Gah (LKG) is the provincial capital of the Afghan province of Helmand. With the International Security Assistance Force's deployment to Helmand in 2006, it became the site of a Main Operating Base, and Task Force Helmand's headquarters until 2013. It was handed over to Afghan national forces in 2014. At the time this photograph was taken 16 Air Assault Brigade was on its second deployment to Helmand.

From a collection of photographs compiled by Sergeant Rupert Frere, Royal Logistic Corps.