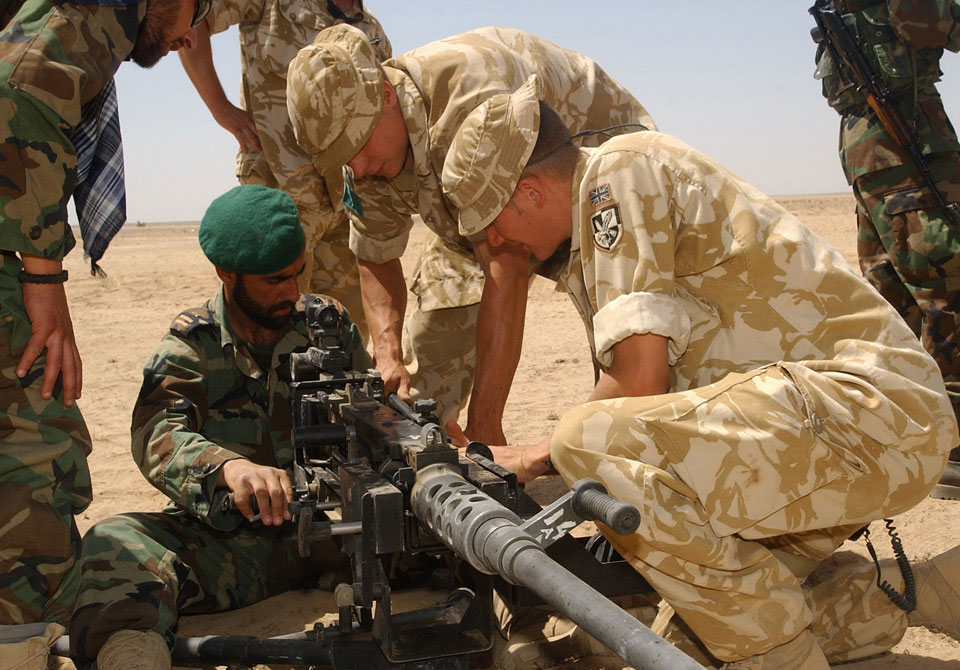 Members of 3rd Battalion, The Parachute Regiment, training Afghans in the use of the Browning .50 Calibre machine gun, 2006

The British-run Operational Mentor and Liaison Team (OMLT) mentored members of the Afghan National Army (ANA) at Camp Tombstone in Helmand Province, Afghanistan. Soldiers from across the British Army mentored their Afghan counterparts in readiness for future operations.