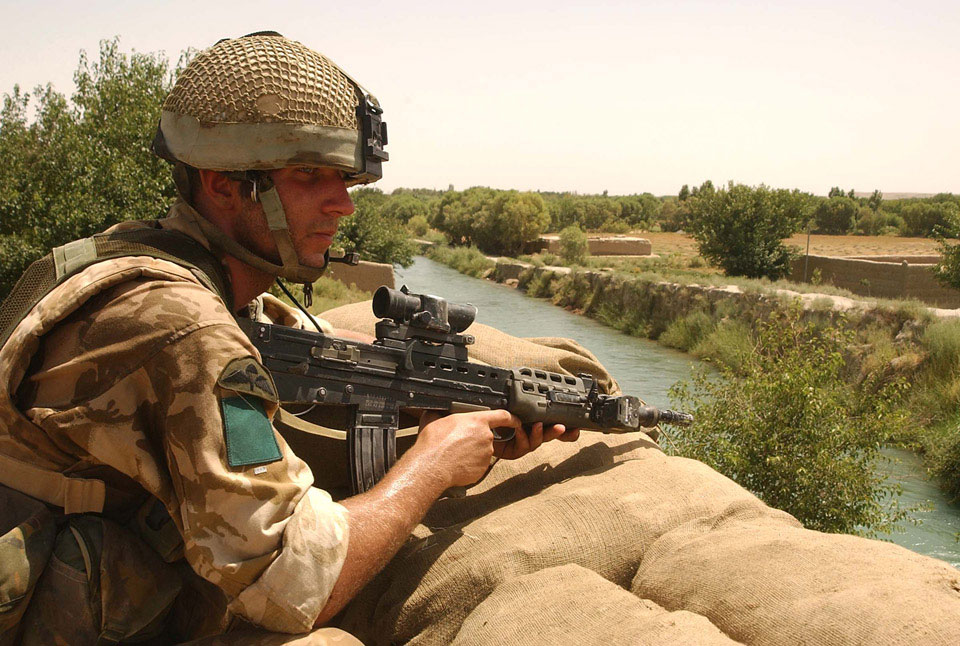 A soldier from 'A' Company 3rd Battalion The Parachute Regiment on guard at the Company base in Sangin, Afghanistan, 24 June 2006

The Commander of Helmand Task Force, Colonel Charlie Knaggs, and the Governor of Helmand Province, Engineer Daud, flew into Sangin for a shura, or meeting, with the towns elders and tribal leaders. This was the first time that Governor Daud had visited Sangin and the new Chief of Police for Helmand, Nabil Mala Kheyl. There had been an increase in insurgent activity in the Sangin area until 'A' Company 3rd Battalion The Parachute Regiment had been sent in to secure the town prior to the meeting.