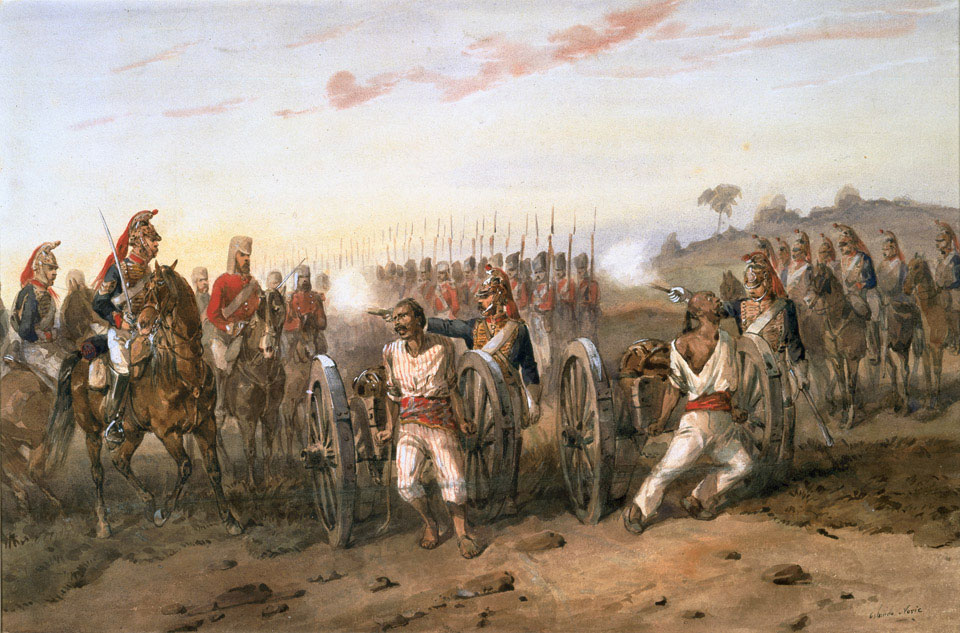 Mutineers about to be blown from guns by the Bengal Horse Artillery, 1858

Blowing from guns was not a punishment invented by the British. It had been the recognised penalty for mutiny and rebellion from seventeenth century Mughal India onwards, and was employed on a number of occasions in the suppression of the Indian Mutiny (1857-1859). 'Blowing away' was an extreme statement of violence which served as the ultimate sanction of imperial rule, the bodies of the victims being effaced, and the onlookers spattered with blood and gobbets of flesh. Sparingly used, its purpose was to strike terror in the minds of the ruled.