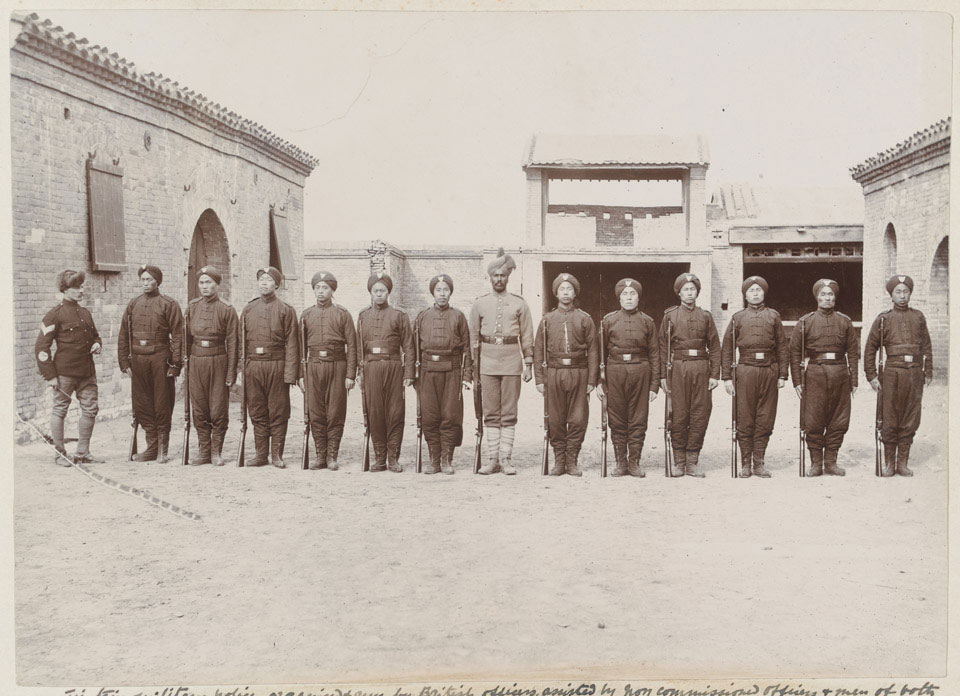 The 1st Chinese Regiment was raised in 1898 and consisted of Chinese troops under the command of British officers and senior NCOs. Its main task was to protect the British territory of Wei Hai Wei (now Weihai) a base for the Royal Navy's China Station, although it also took part in the 3rd China War (Boxer Rebellion). The figure in the middle of the line is an Indian soldier, probably of the 2nd Queen Victoria's Own Rajput Light Infantry, a unit that also participated in the suppression of the Boxer Rising.

From an album of 203 photographs compiled by A H McCleverty, 2nd Queen Victoria's Own Rajput Light Infantry, China and India, 1900-1912.