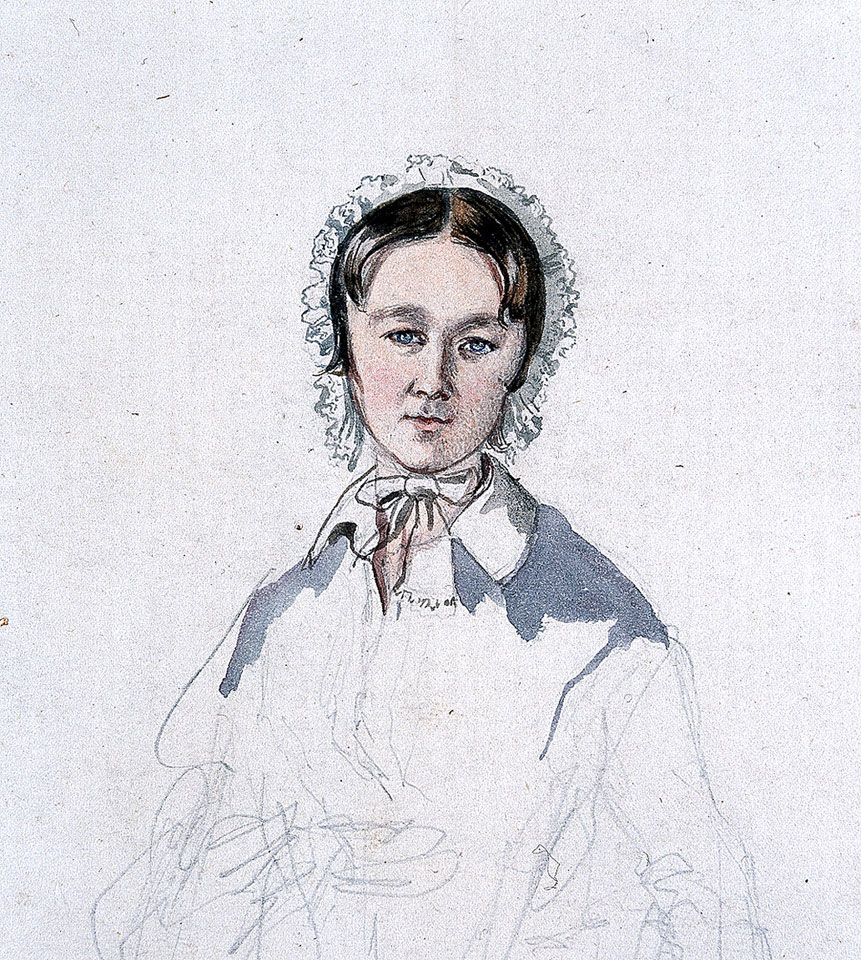 'Florence Nightingale May 14 '56 her own signature. Miss Nightingale done from nature but not advance[d] enough to be very like'

Following reports in 'The Times' of the soldiers' suffering in the Crimean War (1854-56), Florence Nightingale answered a government appeal for nurses and was appointed 'Superintendent of the Female Nurses in the Hospitals in the East'. Florence and her nurses improved medical and sanitary arrangements, set up food kitchens, washed linen and clothes, wrote home on behalf of the soldiers and introduced reading rooms.

Before Nightingale nursing was not considered a respectable profession. With the exception of nuns, the women who worked as nurses were often ill trained and poorly disciplined. Most were working-class. Florence was determined to encourage educated, 'respectable' women into nursing. Her work in the Crimea set the standards for modern nursing and helped transform its public image.

From an album of paintings and sketches (with some paper ephemera) of Colonel (later General Sir) The Honourable George Cadogan, 1st (or Grenadier) Regiment of Foot Guards; also known as 'Cadogan's Crimea', 1854-1856.