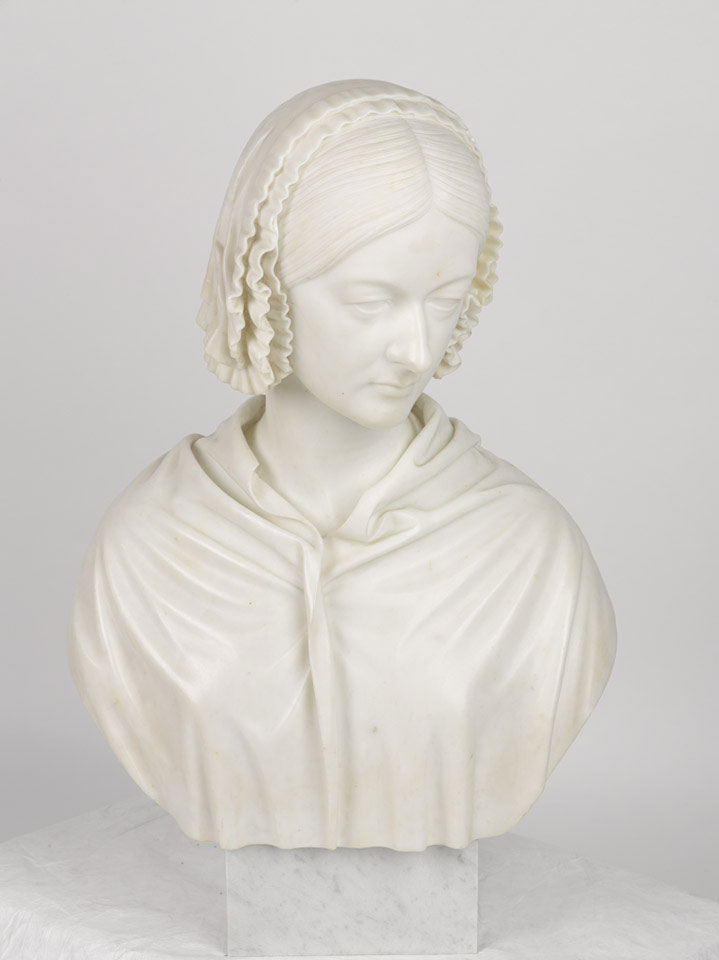 As the 'Lady with the Lamp', Florence Nightingale (1820-1910) was a legend in her own lifetime. Born into a wealthy family, she overcame the narrow opportunities available to girls of her station and, despite the censure of her family, in 1851 she completed a course of nursing training in Germany. Following reports in 'The Times' of the soldiers' suffering in the Crimean War (1854-1856), Florence answered the appeal for nurses and was appointed 'Superintendent of the Female Nurses in the Hospitals in the East'. In November 1854 she arrived with 38 nurses at Scutari opposite Istanbul on the Bosphorus coast of Turkey. There they were faced with a dirty and vermin-ridden hospital, converted from a barracks, which lacked even basic equipment and provisions. Overflowing with more sick than wounded troops, the death rate rose to 42 per cent in February 1855, but by June 'The Lady-in-Chief', as Florence was known, had improved conditions to such an extent that it dropped to two per cent.

This bust was paid for and presented to Florence by the Non-Commissioned Officers and Men of the British Army. Publicity-shy and appalled at the adulation she received, when asked to lend this bust to the Victorian Era Exhibition, held to commemorate Queen Victoria's 1897 Diamond Jubilee, Florence initially refused but eventually relented. Confirming her worst fears, the bust was sacrilegiously venerated by visitors almost as a holy relic. Nevertheless, she was touched by the report that an anonymous visitor, possibly a veteran of the Crimea, came every day to dress it with fresh flowers.