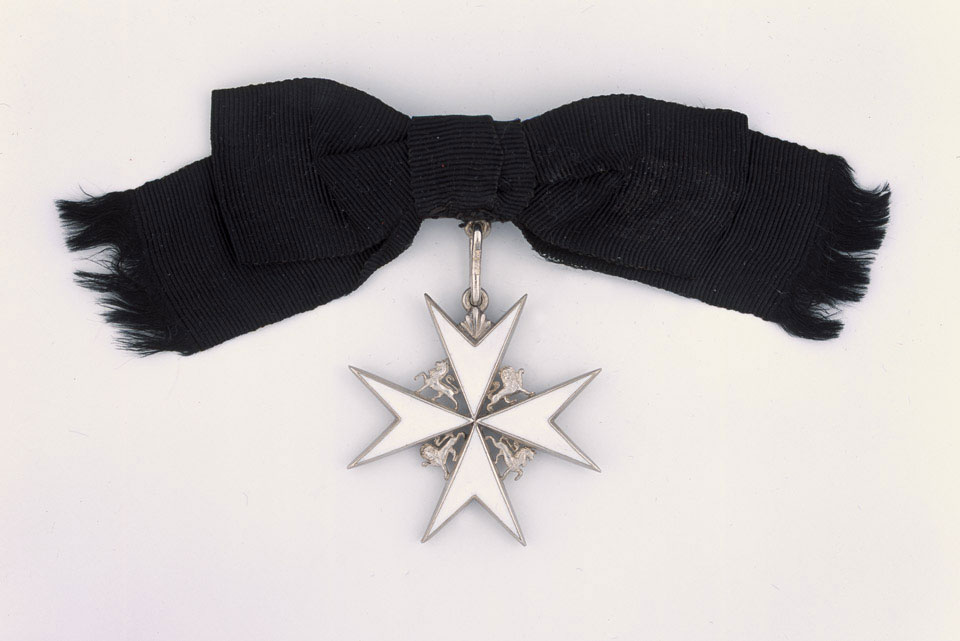 Order of the Hospital of St John of Jerusalem in England, Badge of a Lady of Grace, awarded to Florence Nightingale, 1904 (c)

The Most Venerable Order of the Hospital of St John of Jerusalem was incorporated by Royal Charter of Queen Victoria in 1888. It is generally given in recognition of voluntary work in hospitals, ambulance and relief work. It has undergone many changes and is now divided into six classes under the Sovereign and Grand Prior of the Order. The Order was presented to Florence Nightingale in 1904 (c).

Nightingale was famous for her work at the Military Hospital at Scutari in Turkey during the Crimean War (1854-1856). The 'Lady-in-Chief', as Florence was called, improved medical and sanitary arrangements, set up food kitchens, washed linen and clothes, wrote home on behalf of the soldiers and introduced reading rooms. Before Nightingale, nursing was not considered a respectable profession. With the exception of nuns, the women who worked as nurses were often ill trained and poorly disciplined.