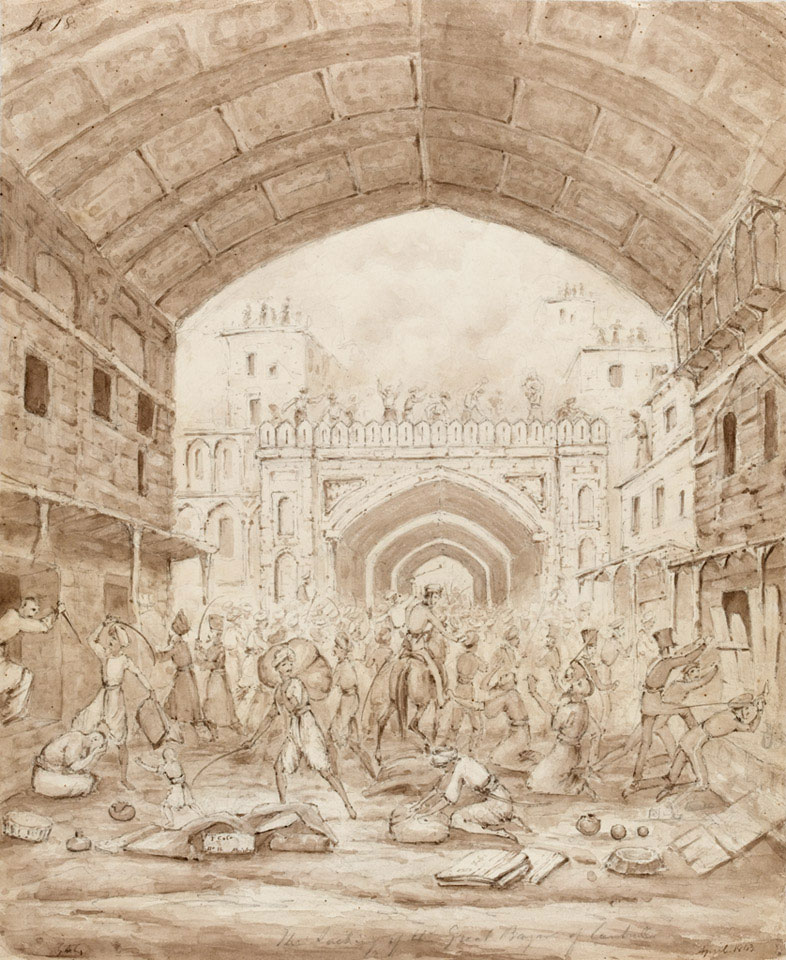 Major-General George Pollock's Army of Retribution arrived in Kabul in September 1842. After releasing the British hostages, the soldiers destroyed part of the citadel and the covered bazaar. The force then prepared to depart for India. Despite Pollock's efforts to confine the bazaar's destruction 'the cry arose that Cabul was given up to plunder. Both camps rushed into the city'. Two mosques were also blown up, and the fire spread through parts of Kabul. 'The fire burned during the whole time we remained encamped in the vicinity, and we still saw it when entering the Khoord Cabul pass on our return'.