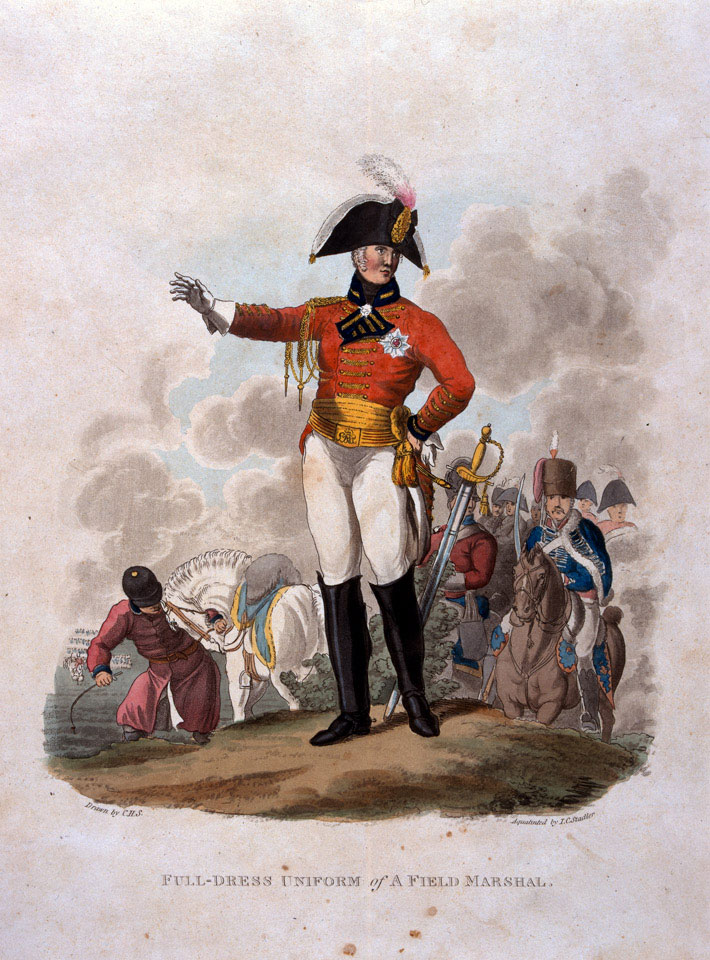 Full-dress uniform of a Field Marshal, 1812

The highest rank in the Army, the position of field marshal was introduced by King George II in 1736. The 1st Earl of Orkney was the first man to hold the rank. During the 20th century the rank was reserved for Army and Army Group commanders in wartime, and for retiring Chiefs of the General Staff. The British Army discontinued peacetime promotions to the rank in 1995.