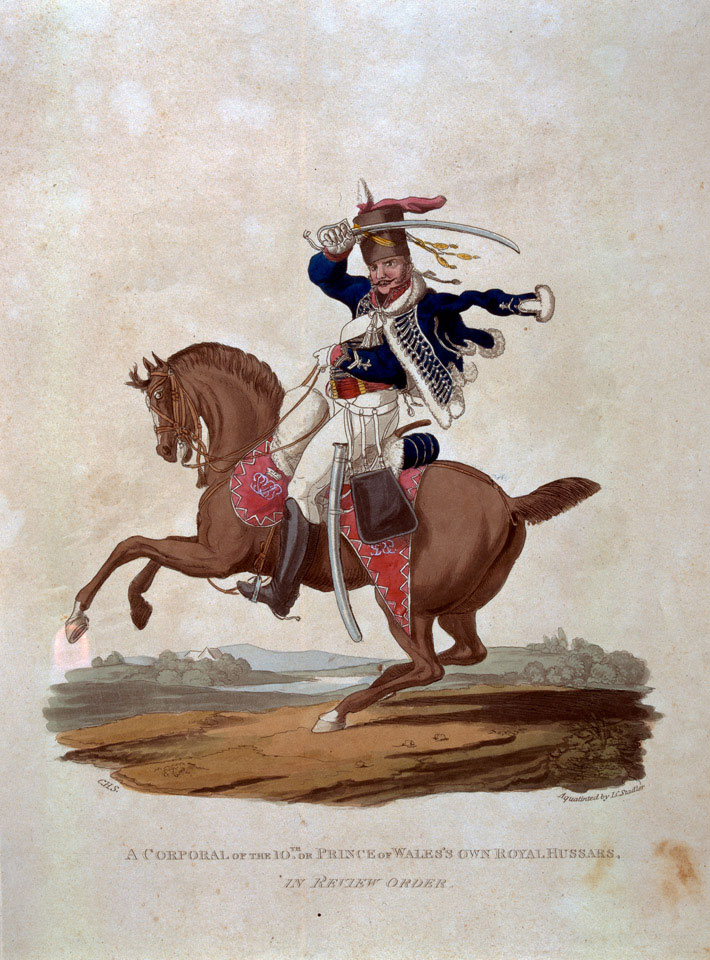 A Corporal of the 10th or Prince of Wales's Own Royal Hussars, In Review Order, 1812

In 1808 the 10th (Prince of Wales's Own) Light Dragoons sailed for the Peninsular, where it was used to screen Sir John Moore's retreat to Corunna (1809). During that operation it captured 100 French cavalry on Christmas Day, as well as fighting at Benavente. It was evacuated with the rest of the army in January 1809 and only returned to the Peninsular in 1813, fighting its way into France.