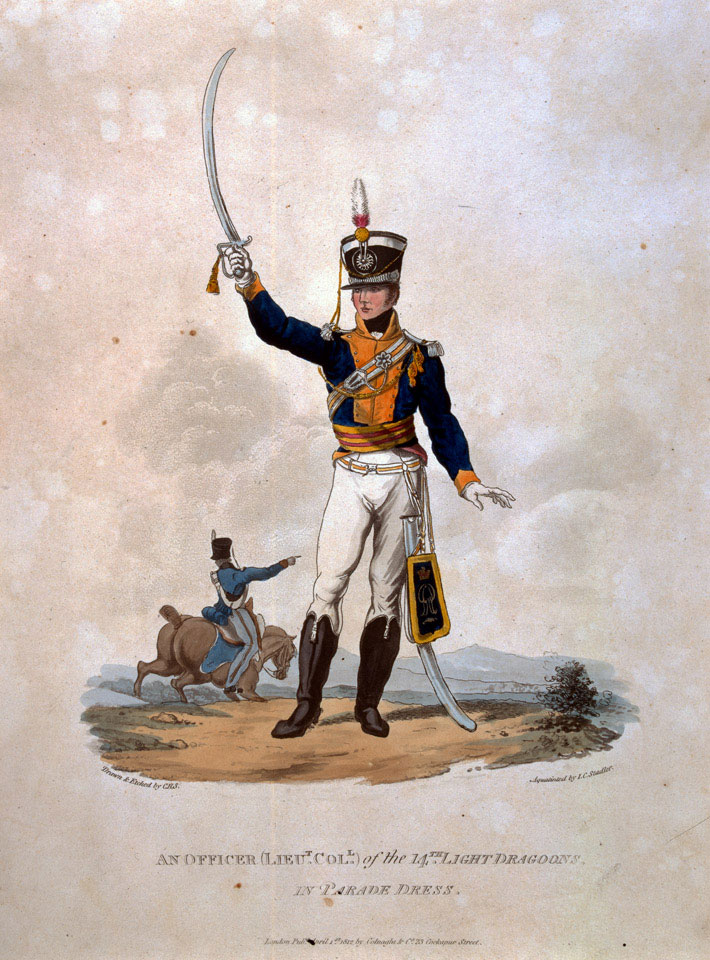 An Officer of the 14th Light Dragoons in Parade Dress, 1812

The 14th (The Duchess of York's Own) Regiment of (Light) Dragoons was stationed in England from 1797 until 1808, when it sailed for the Peninsula. It fought in Spain, Portugal and France until May 1814, when it was shipped back to England. Yet within a few months it was sent to fight in the New Orleans campaign of the War of 1812.