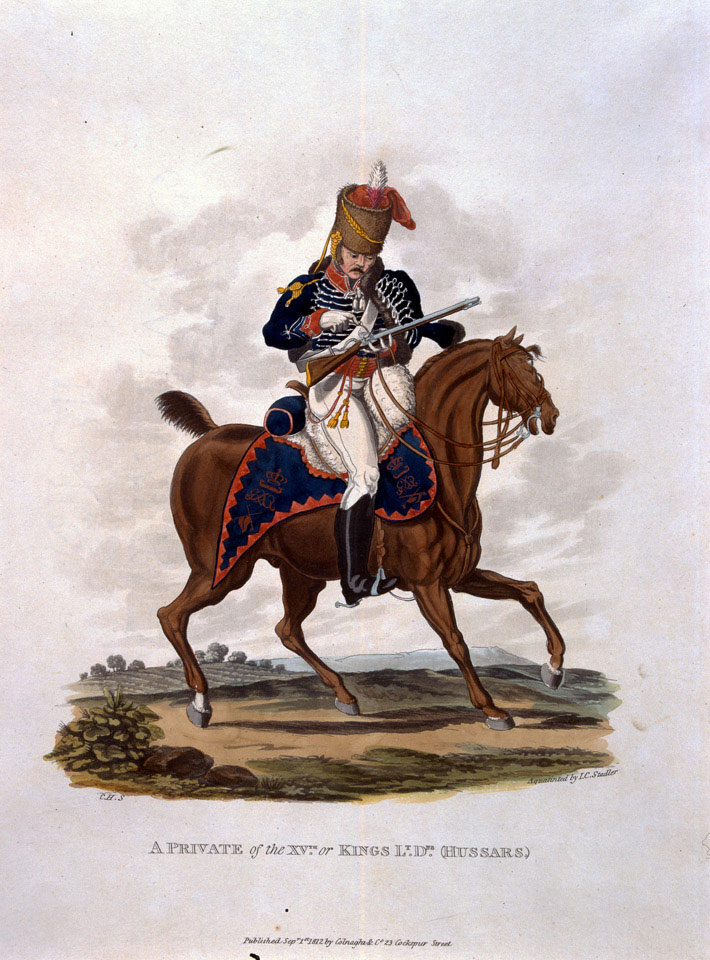 The 15th Regiment of Light Dragoons fought in the Netherlands during the early stages of the French Revolutionary Wars and were converted into a hussar regiment in 1807 being designated the 15th (The King's) Regiment of Light Dragoons (Hussars). The following year it was posted to Spain, joining up with Sir John Moore's force before charging uphill through snow against French chasseurs and dragoons at Sahagun on 21 December 1808. In 1819 it provided most of the cavalry sent to keep order at the demonstration in Manchester which ended in the notorious Peterloo Massacre.