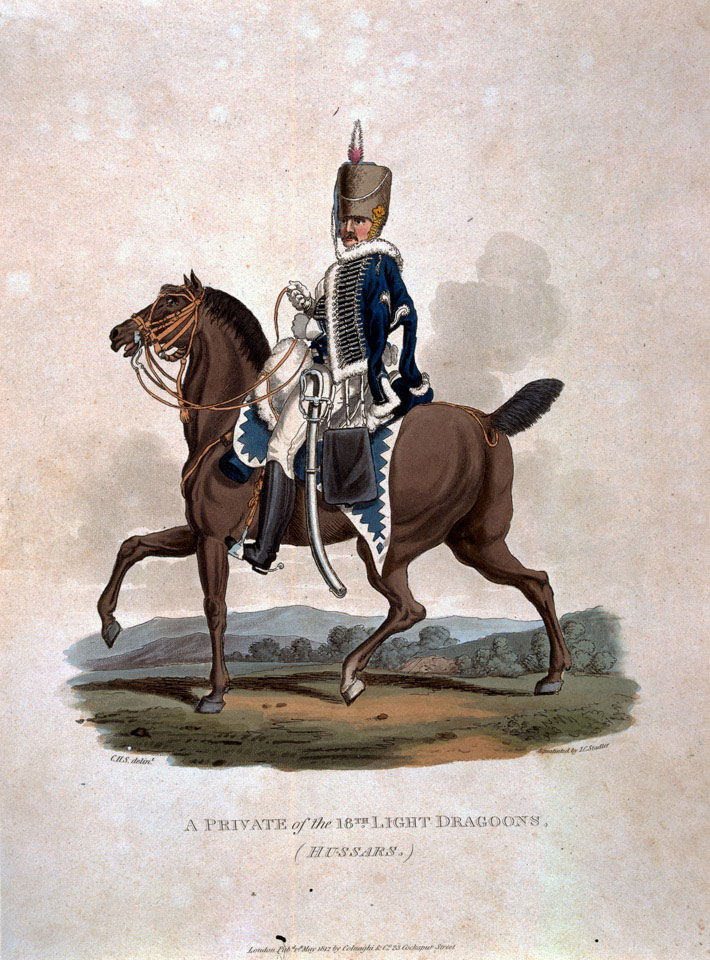 Raised in 1759 at Moore Abbey in Ireland as the 19th Regiment of Light Dragoons, this unit was renumbered as the 18th in 1763 and the 4th in 1766, only finally becoming the 18th in 1769. A long period of home service followed, but the regiment fought in the Peninsular campaign and at Waterloo in 1815, only to be disbanded in 1821.