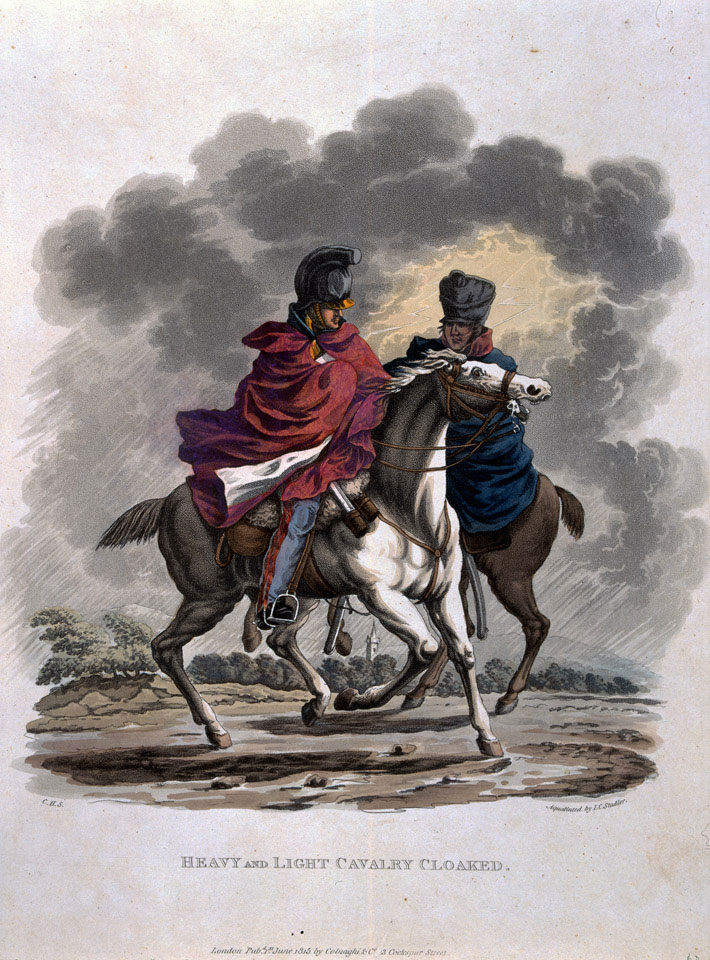 The heavy cavalry (left) were trained to deliver shock attacks on the battlefield. They rode large heavy horses, were armed with swords and wore a back and breastplate known as a cuirass, from which their French name cuirassier is derived. In the British Army, the cuirassier role was performed by the Life Guards and the Royal Horse Guards.

The light cavalry (right) were mounted on fast horses. They were used to fight skirmish battles and for reconnoitring. British light cavalry units included light dragoons, hussars and lancers.