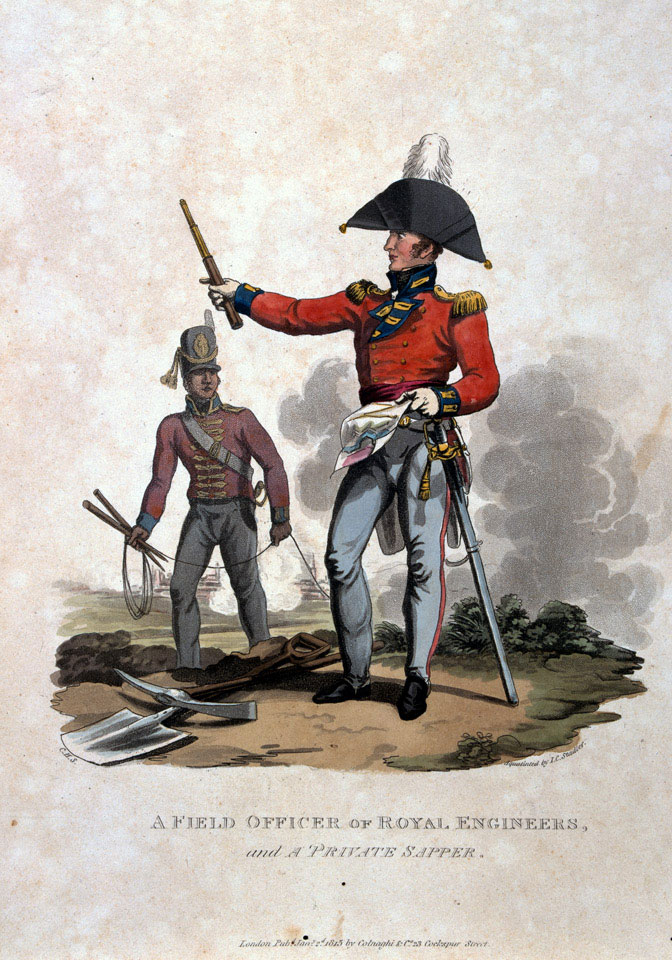 A Field Officer of Royal Engineers and a Private Sapper, 1812

During the Napoleonic period the Corps of Royal Engineers was a small specialised body of officers. They were assisted in their engineering tasks by other ranks from the Corps of Royal Sappers and Miners. Both organisations came under the command of the Master-General of the Ordnance.