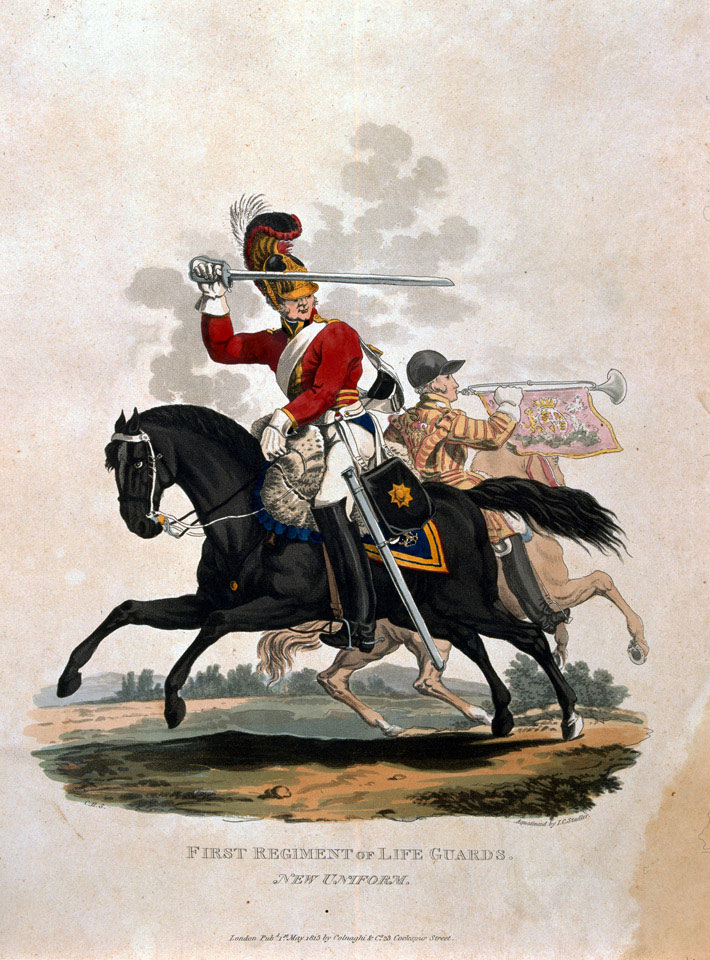 The Life Guards are the senior regiment of the British Army. They trace their origins back to 1660 when four troops of horse guards were raised by King Charles II around the time of his restoration. Both the 1st and 2nd Life Guards were part of The Household Brigade during the Waterloo campaign of 1815.